Garden belonging to the Saargau house 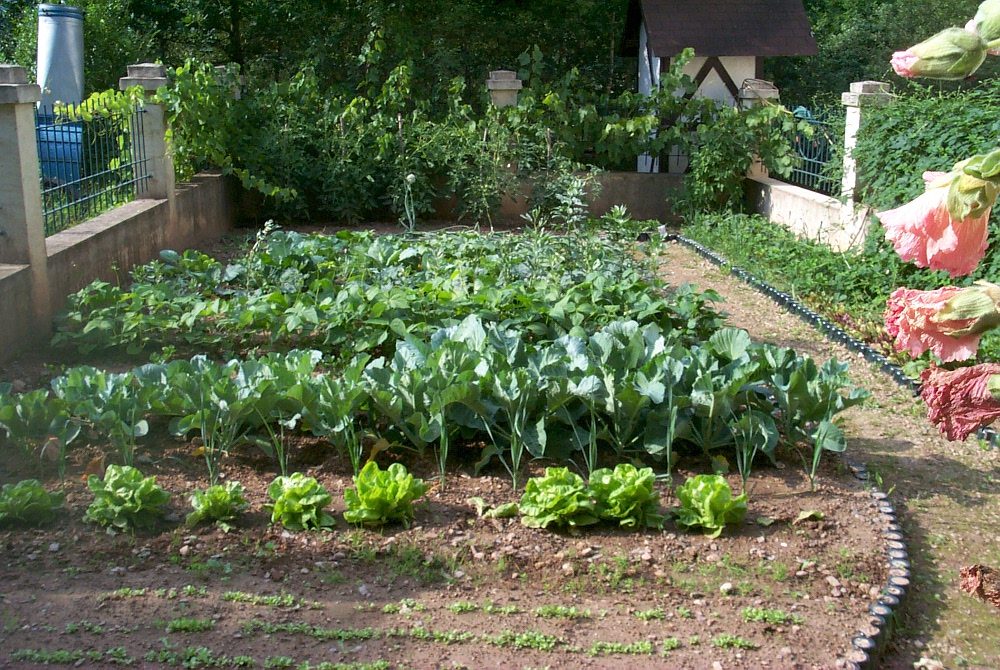 The garden of the Trier house was planted during 2000/2001 as part of the international "Gardens without frontiers" project. It is bordered with plastered stone walls, the pillars of which have gratings. The garden has been planted with all the vegetables used in the farm kitchen, depending on the season. There are also herbs for cooking and medicines for the family medicine cabinet, and summer blooms as a treat for the eyes. Some plants cannot be classified so exactly. Many flowers were used for medicinal purposes too and many varieties known as wild herbs today, such as sea milkwort, motherwort or obermennig are old cultivated plants. Nor should the state of some gardens obscure the fact that they were planted with a reason in mind. Lettuces which have shooted do not necessarily mean that harvesting has been neglected. In times when seeds could not yet be bought as a rule, a few heads of lettuce were allowed to shoot so that there was seed for the following year.