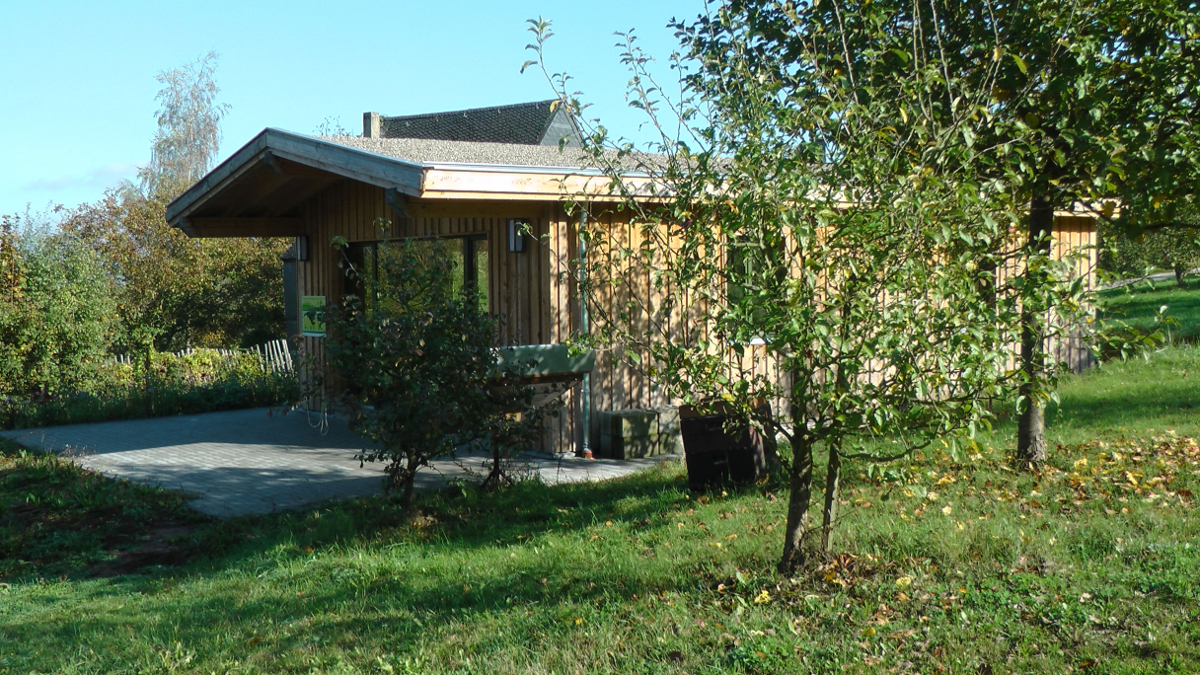 The purpose of the six-by-nine-meter apiary is to show the importance of bees for the ecosystem to the public, in particular their function in the process of pollination. At the same time, more people are to be enthused for beekeeping in order to maintain this craft and a species-rich nature.

For our visitors we have several beehives and information boards about the work of a beekeeper.

The apiary was established by members of the „Bienenzuchtverein Konz“ as a personal contribution. The planning began in 2010. After the building permit was granted in 2012, the construction began with the excavation and the pour of the base plate. In March 2013 the construction was continued with the mounting of the outer walls and the interior fittings. The exterior design was finished in the spring of 2014. The official opening took place on May 18, 2014. Since then the apiary is used as a conference room and for different courses. 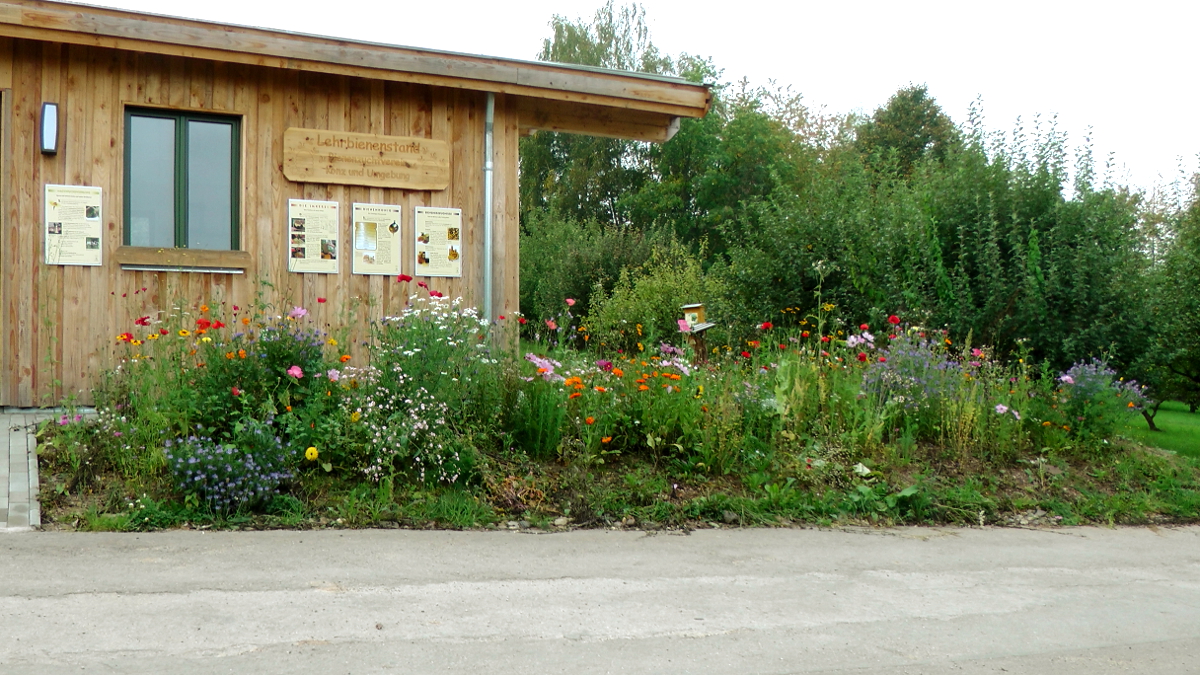 Also, the apiary is the location for a practice-oriented program, launched by the local association of beekeepers that grew from 23 to 30 members after the implementation of two beginners’ courses.