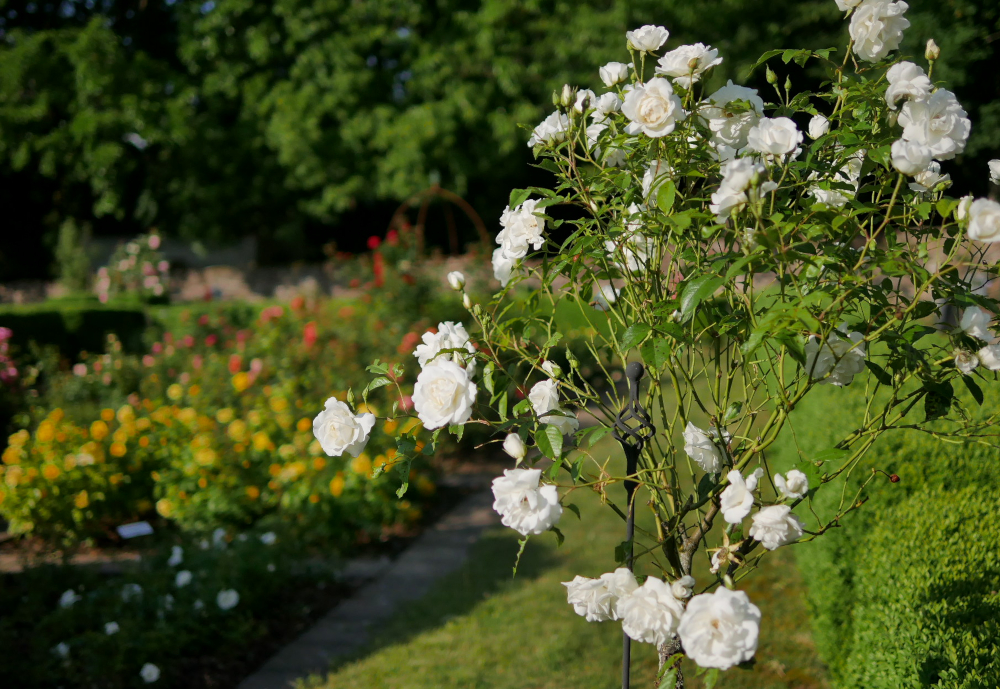 The garden, with its retaining wall made of quarrystone and facing the slope, was planted in the 19th century. It was already shown on the Delkeskamp's panoramic map of the Moselle, which was issued around 1841.

In spring/summer 2019, the roses and other plants blooming in the Rose Garden were catalogued. To the plants in the rose garden of the Roscheider Hof