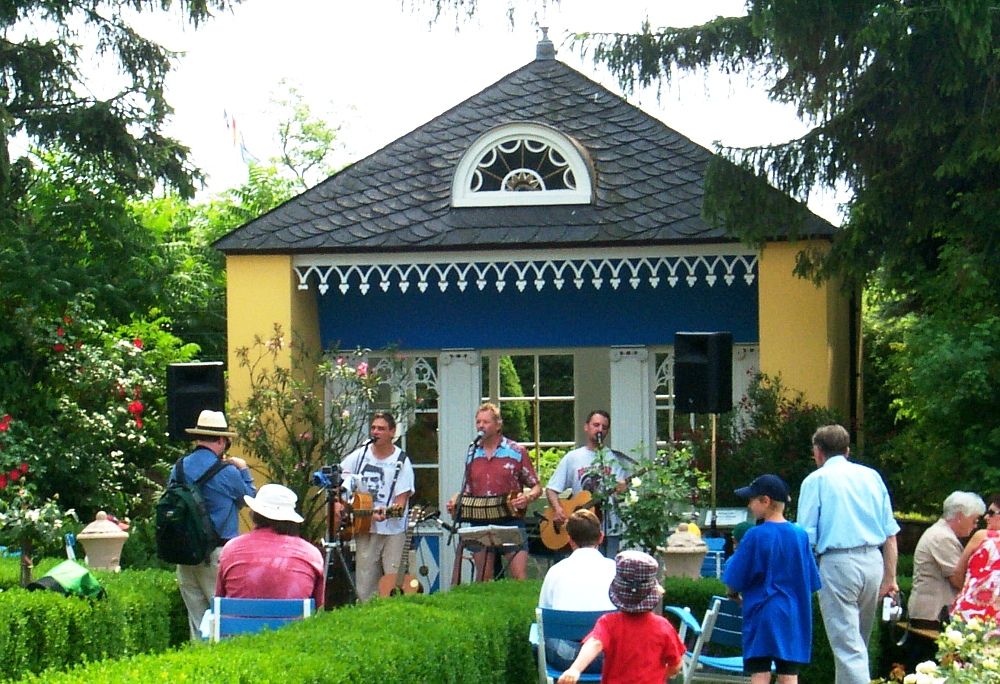 In 1978 the summerhouse was due to fall victim to an outerwear shop which was expanding its premises. The bulldozer was ready and waiting when the open air museum was informed by an observant person. It did not take long to dismantle the building and it was erected in its new home in the rose garden by the following spring.