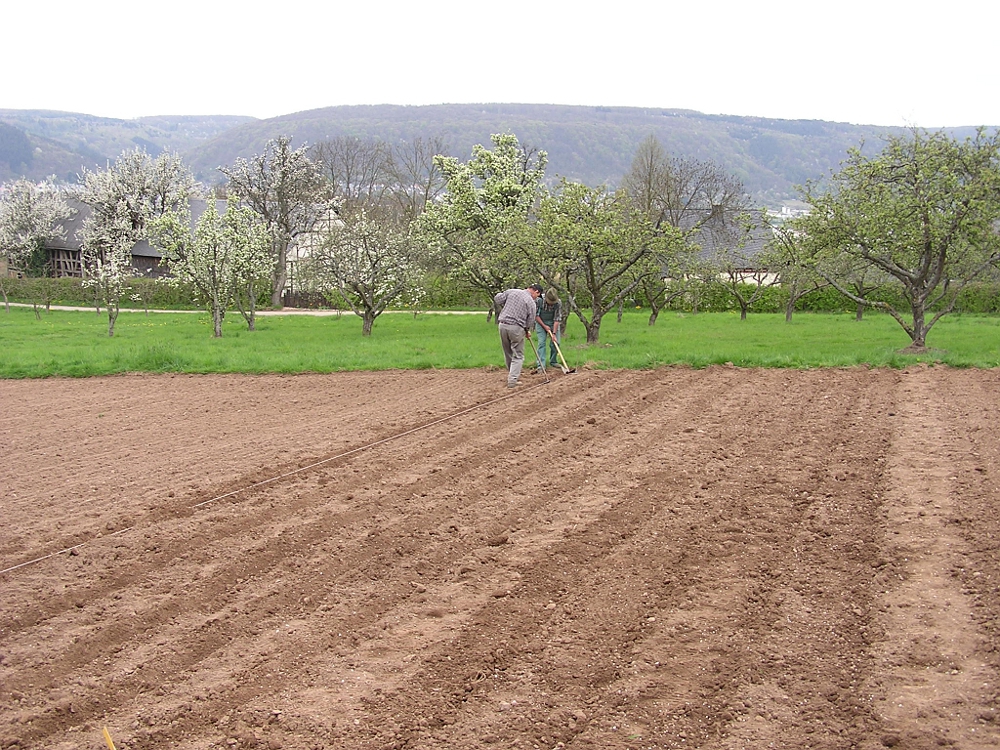 The three-field economy practised for centuries was replaced by crop rotation, root crops were increasingly cultivated and soil quality was improved by fertilisation.

So emmer wheat, spelt and buckwheat gradually disappeared from the fields to make way for rye and wheat.

The cultivation of flax and hemp, two fibre plants that were indispensable for the production of fabrics and cloth, for clothing and bedding, fell into oblivion when cheap cotton imports and rational manufactory production displaced manual labour. Hop cultivation also declined since beer brewing developed into an industry. Until about the middle of the 19th century, the beer, which was mostly brewed above ground at the time, was brewed in many pubs and taverns themselves, for which a hop garden was indispensable. 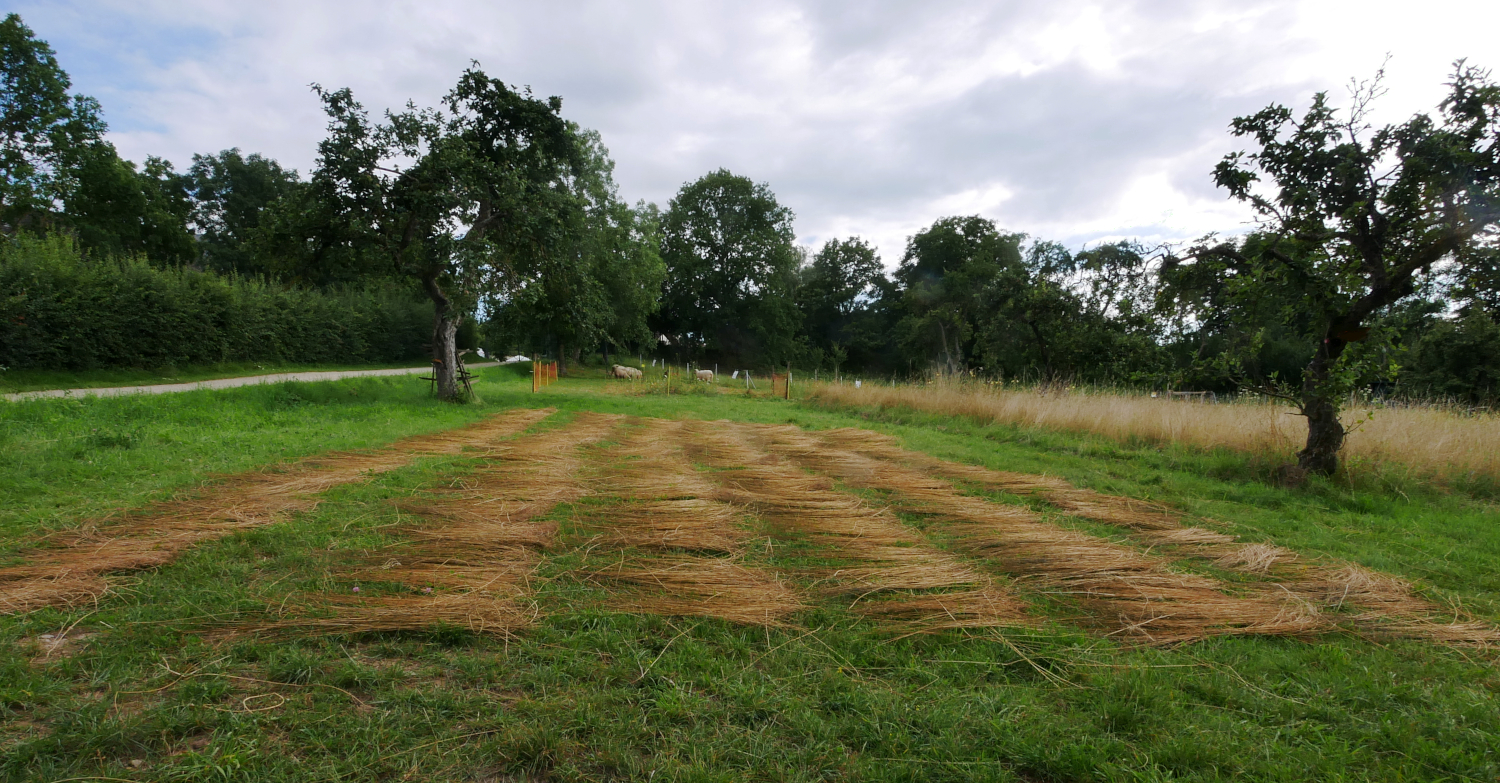 In addition, new plants appeared which changed the picture of our cultivated landscape. The potato was already introduced in the 18th century. Later, rape, maize and sunflowers followed. Today, triticale, a cross between rye and wheat, can be found in the fields, and if in the past a flax field could be recognised from afar by its bright blue colour in the flowering season, today it is usually rape or the equally blue phacelia that shines, a plant that serves well as a bee pasture and for enriching the soil with nitrogen.


Our museum field:
In our museum field, field crops are cultivated that have shaped the cultural landscape of the region around the Moselle and Saar rivers for centuries, but which were gradually suppressed with the changes that took place in agriculture from the 18th century onwards. Based on three-field farming, crops are cultivated annually for different themes and uses. For example, oilseeds, potatoes (2020), cereals (2021), ... 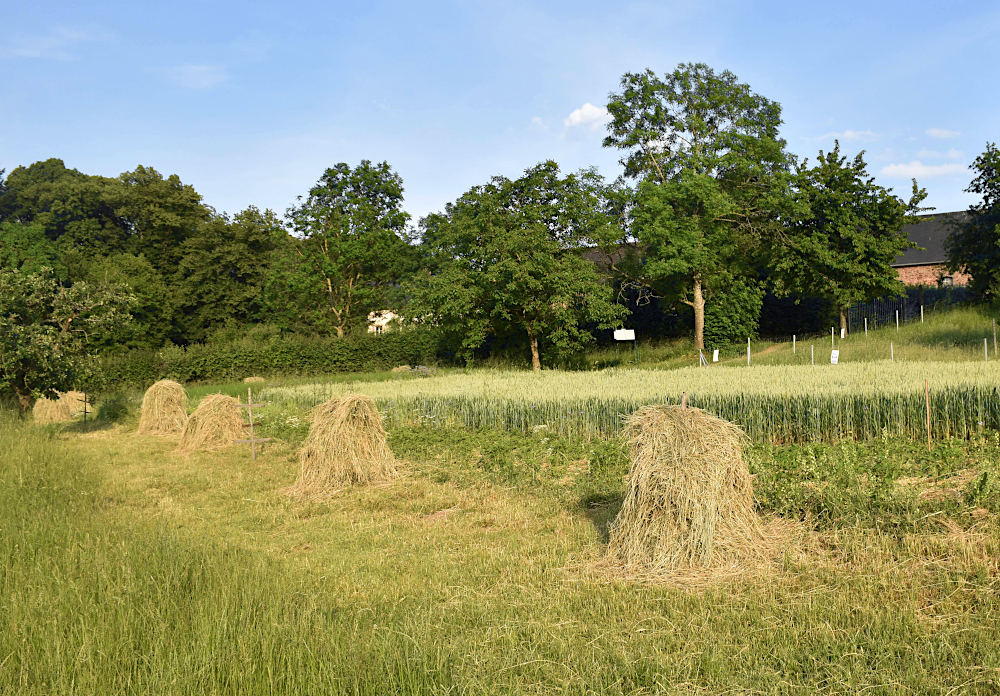 The haymen in the photo below represent grassland farming. At the latest with the transition to stable farming in the 19th  century, a fodder reserve was needed for the winter. In dry areas, the hay was spread out on the ground to dry. In wet regions such as the low mountain ranges, it had to be hung up on drying racks specially erected for this purpose, whereby there were a large number of differently constructed racks. This was very labour-intensive and hardly feasible in the post-war period due to the increasing shortage of labour. In addition, silage became popular, and those who did not want this - because the milk was used to make hard cheese, for example - could also use a drying plant on their farm for the pre-dried hay. Thus ended the era of the hayman in the 1960s. Most of these handmade hay stands were used elsewhere or simply burned in the oven. So it was a stroke of luck for our museum to be able to acquire a larger number of so-called "Heinzen" in the summer of 2020.


A wayside cross has stood beside the museum fields for 200 years. Bad harvests due to unfavourable weather, illnesses among people and livestock, and often serious accidents always threatened the existence of farmers. All the more God's blessing was invoked to avert danger and to ensure the success of the farmers' work.