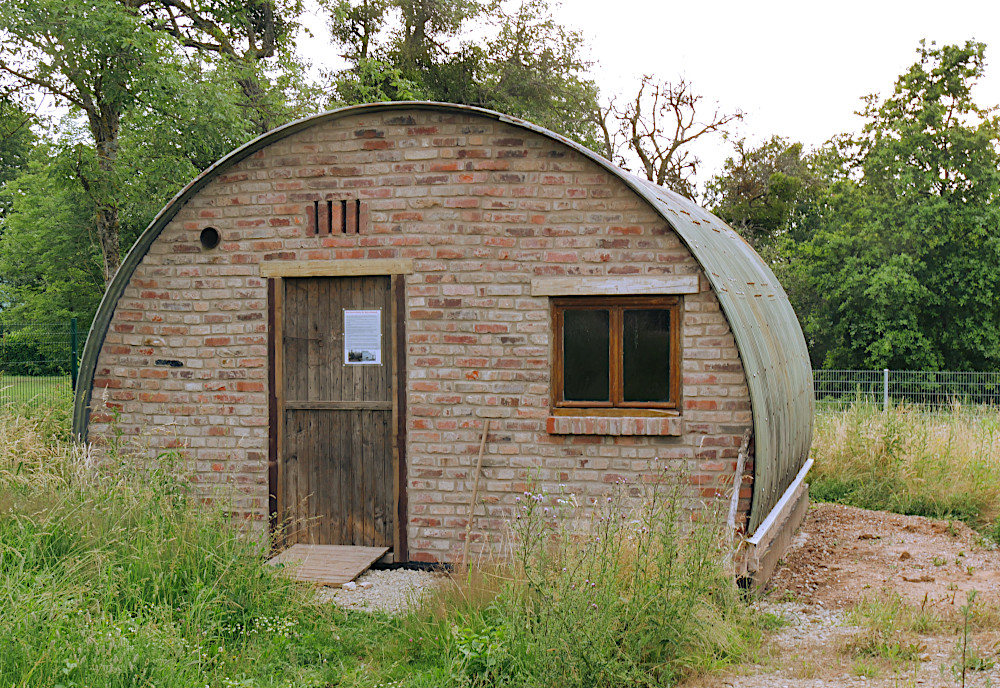 Directly opposite the Reichsarbeitsdienst barrack, the English counterpart, a so-called Nissen hut, has stood since spring 2021. In its simplest version, it is a simple sheet metal barrack for the weatherproof storage of objects.


Aircraft hangars, crew quarters and even churches were often built into such barracks, especially on airfields and other military areas. Some of these installations are still preserved in U.K. ain WWII museums and can be visited. 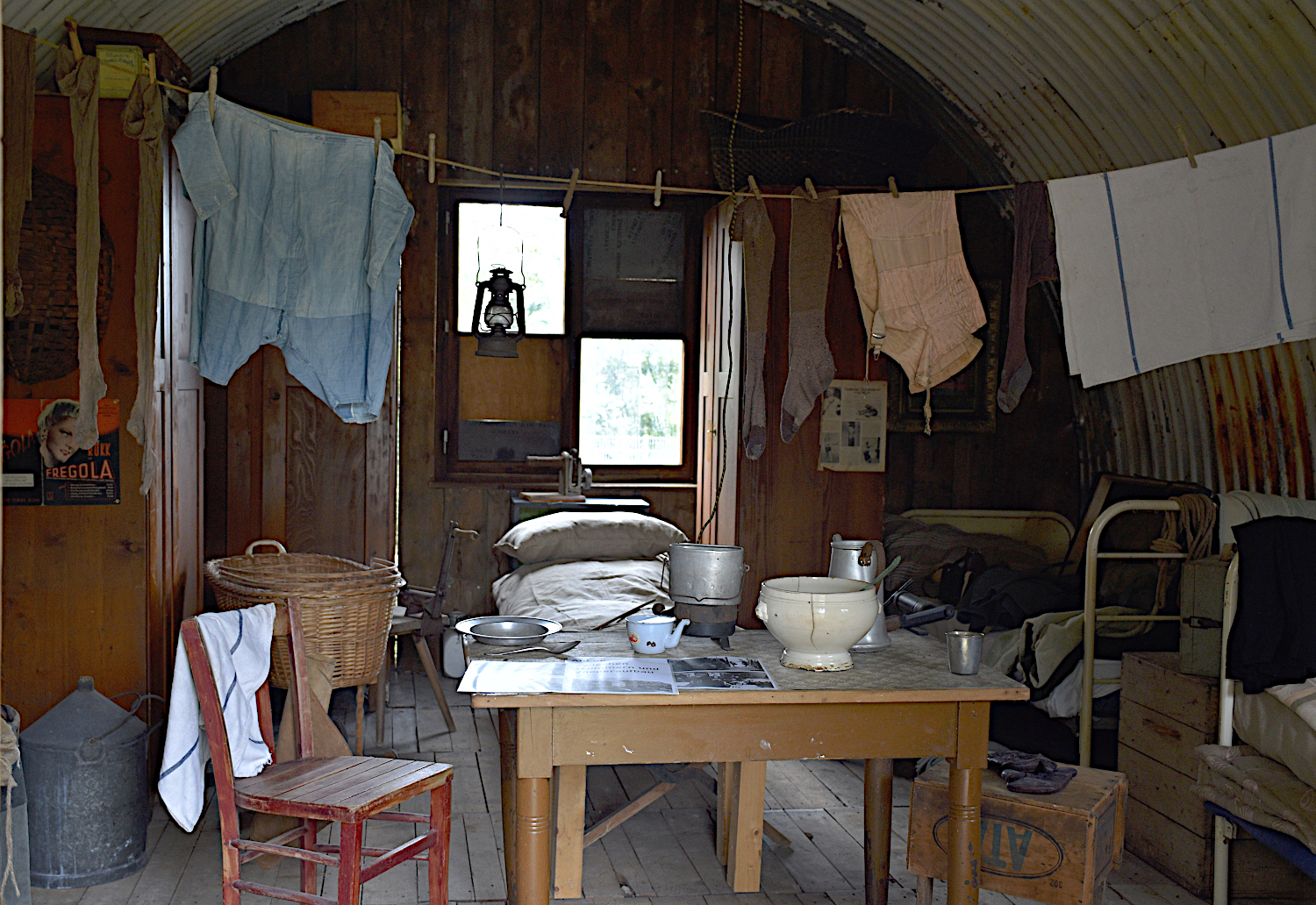 Nissen hut is the name given to a prefabricated corrugated iron hut developed by the Canadian engineer and officer Peter Norman Nissen in 1916. It was already used by the army in the First World War as "mobile accommodation that was as cheap as possible and could be erected quickly". Four to six soldiers needed about four hours to erect such a hut.

In the post-war period, the material, which was initially used for military purposes in Europe, was used in the construction of internment, prisoner and release camps. In Germany, Nissen hut camps were built in the British and American zones and in the British sector of Berlin for the large numbers of people made homeless as a result of displacement and bombing. 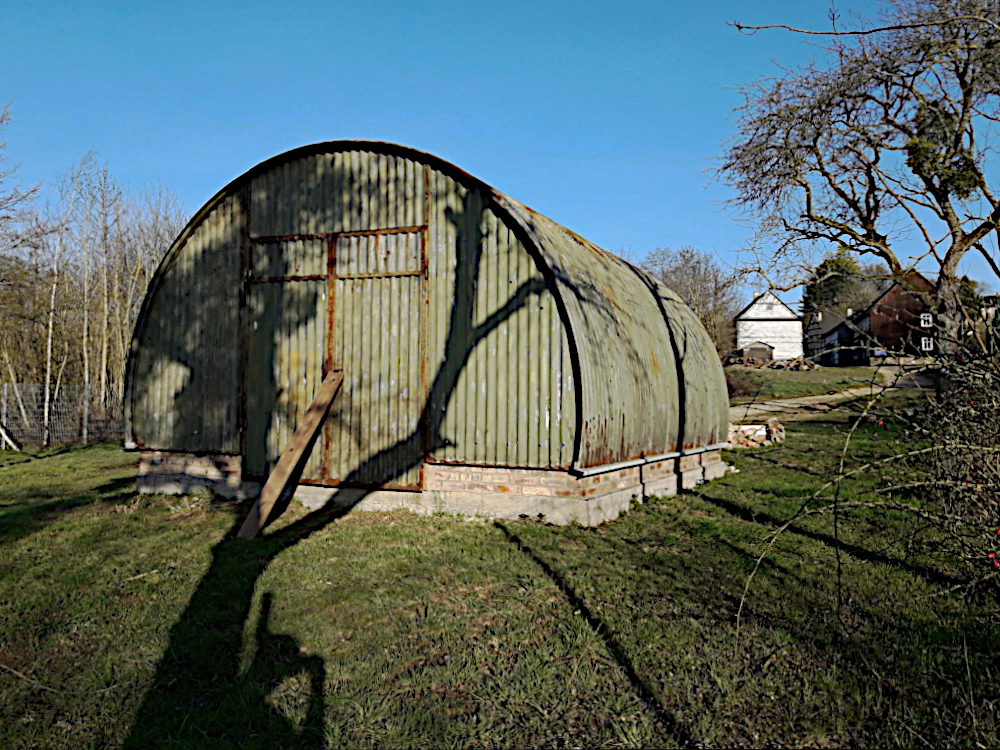