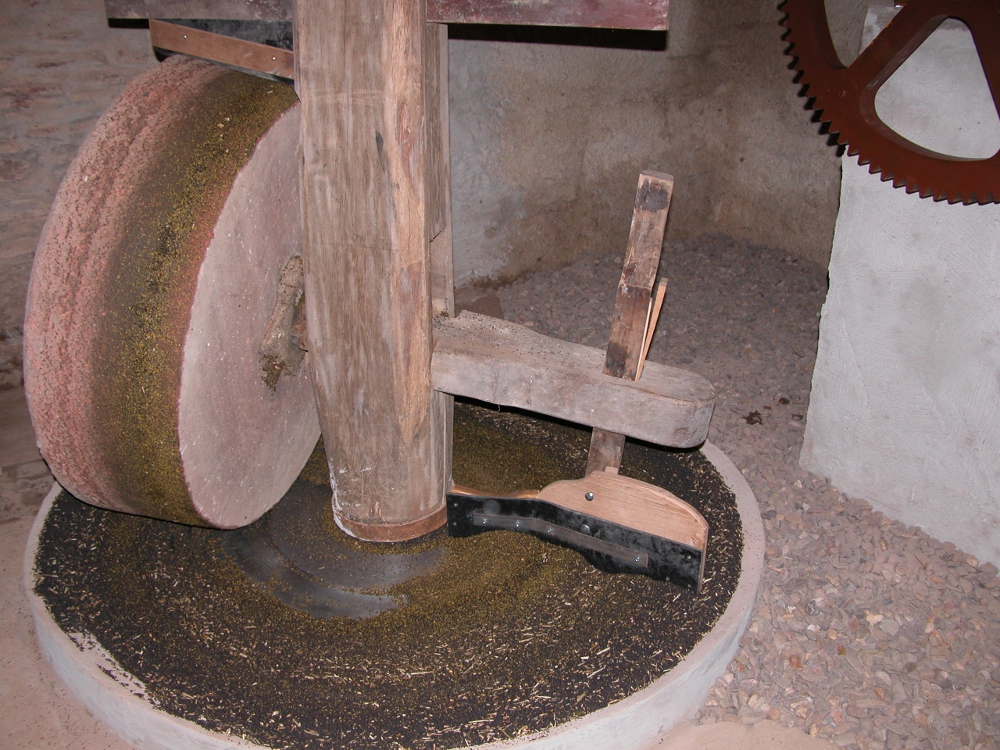 The oil mill in Niedermennig, a village that is part of the town of Konz, was built in the middle of the 19th century. It is a water-mill situated next to a brook whose water is dammed up to feed a reservoir which provides the water needed to operate the mill. The mill and the reservoir have been reconstructed and are now open to the public..


Visit
There is open access to the premises. It is intended to offer visits to the interior of the mill on a regular basis during the summer season. In summer, the mill will be opened sometimes for two hours from 2 p.m. to 4 p.m. On these occasions, a guide will be present to explain the details of the milling technique and to set the mill into operation. Guided tours for groups are possible by arrangement.
click here for a map 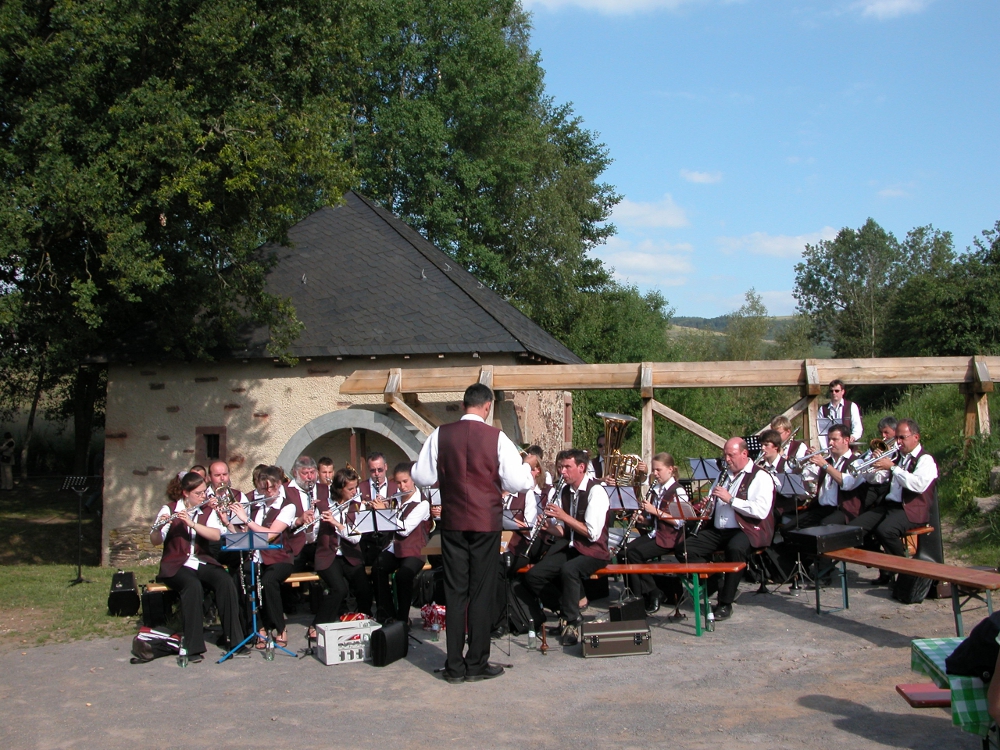 History
Most probably there was a mill in Niedermennig already in the 18th century. It was demolished, however, around 1800 and for about 50 years no mill existed in this little village. In the course of the so-called secularisation" which took place when our region came under the reign of Napoleon and which entailed deproprietation of ecclesiastical possessions, the law that had previously restricted the operation of mills was abolished. Subsequently, a great many mills were built in the first half of the 19th century.

The mill in Niedermennig was constructed in 1849 by a local miller who also bore the name "Müller" (miller in German). To earn their livelyhood, the Niedermennig miller and his family also worked a farm and some vinyards. The mill was still in operation for quite some time after the last war until it finally closed down in 1967. In 1992 Nikolaus Müller died who had been the last miller in Niedermennig. In the post-war area, due to the problems of food supply, the pressing of oil from beechnuts played an important role. In better times, rape and walnut oil were the mill's chief produce. 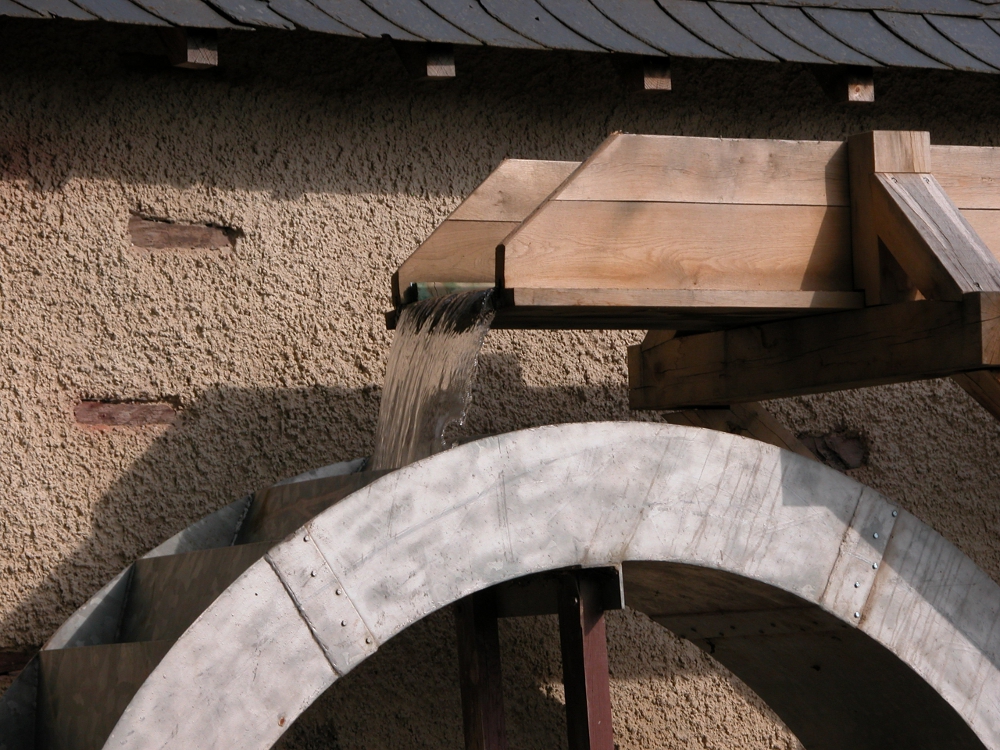 Milling Technology
Measuring about 8 meters square, the building is of rather moderate size. The water for the mill stems from the near brook and is conducted into an artificial pond that serves as reservoir, making the operation of the mill at least partly independent from the amount of water provided by the brook.

The pond has already been reconstructed, as well as the main part of the mechanics of the water-mill, so that the mill can be operated for demonstration purposes. (It is not intended to operate the mill extensively as this would mean to reduce the flow of the brook to a degree that would cause ecological damage, which is not considered acceptable nowadays.)

In the eastern corner of the mill building the oil press is situated which consists chiefly of a large, stone wheel in vertical position. When the press is operated, the stone is rolled forward over the seeds again and again in a circular fashion to press out the oil. Before pressing, in a first step the seeds where ground - the mill used for doing this has also been preserved but has not yet been restored to working condition. Afterwards the ground seeds were heated on an oven to facilitate the extraction of the oil. The oven that stood next to the oil press has not yet been reconstructed; it is planned to do so in the near future, however.