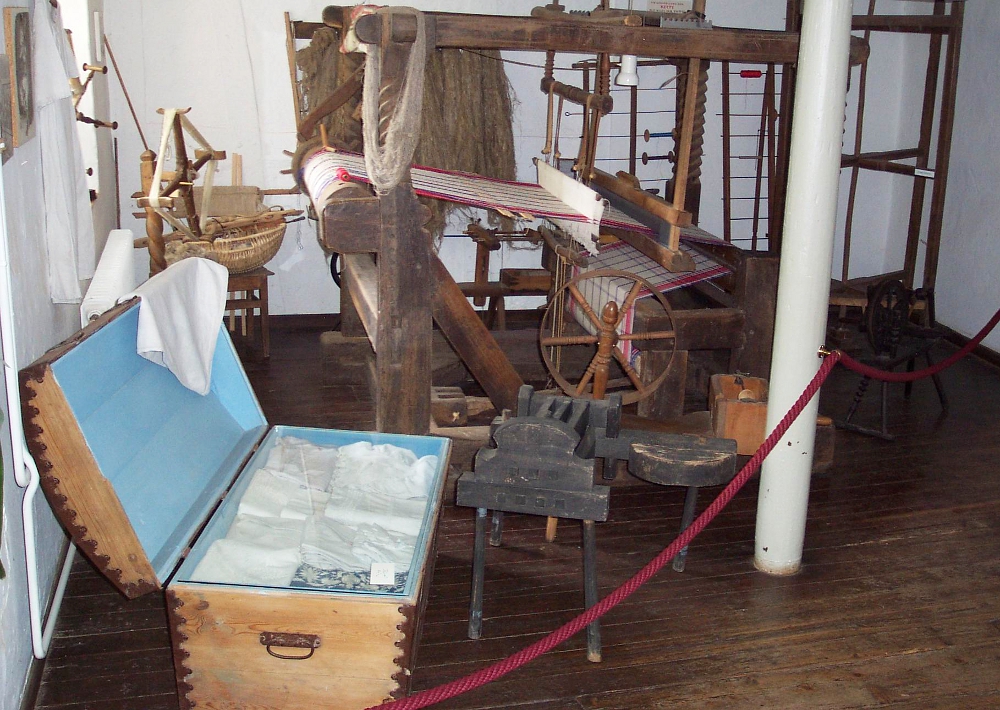 The loom in this weaving room is however a working tool for a full-time weaver. This can be deduced not only from its size but also from the carvings on the beam. The double-shafted loom could be used to produce 80 cm wide lengths of material. A skilled weaver was thus able to weave about a metre of linen per hour.

Rural weavers mostly wove linen, which they got from the farmers in the area. The latter produced the linen thread from flax they cultivated themselves. The thread was sometimes dyed before being woven. In this way patterns could be woven into the material using differently coloured warp and weft threads.