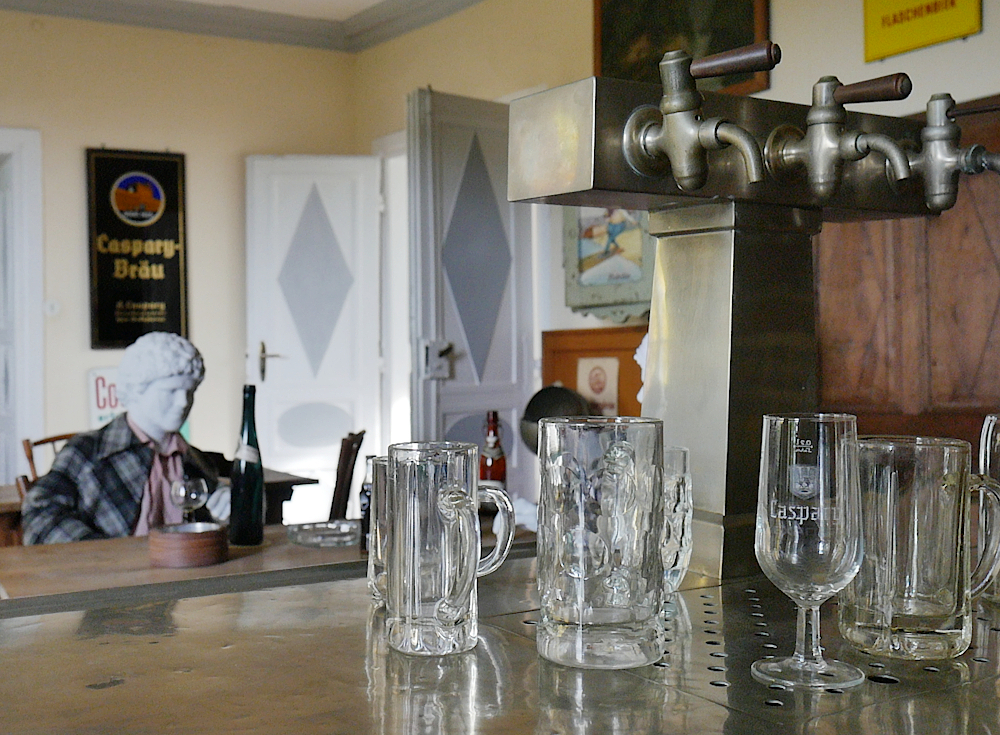 Village inns in the 1930s were the social centres of the villages. This is where people met, heard the latest news, celebrated and even had differences of opinion. The inn was however first and foremost a man's affair. Women who were seen here regularly soon gained a bad reputation. The air was filled with the smoke from cigars and cigarettes and on the tables were the inevitable jugs of cider, beer and schnapps glasses. The air may be cleaner in the museum but otherwise it was possible to reconstruct many details of a village inn here. Beer was tapped from wooden barrels, which were right under the bar. There were also guests who preferred bottled beer. Right up until the 1960s this could be had in the characteristic bottles with a porcelain stopper, making it possible to close the bottle in between.

Clubs met regularly in the inns. Sport clubs used them as clubhouses and for a skittle club the inn was the be-all-and-end-all of club life.

The wireless on the wall was new in the inns of the 1930s. The new medium soon spread to private households, but before the "People's receiver" could be found in every sitting room, you could here the often distorted, squeaky voice over the air in the inn.