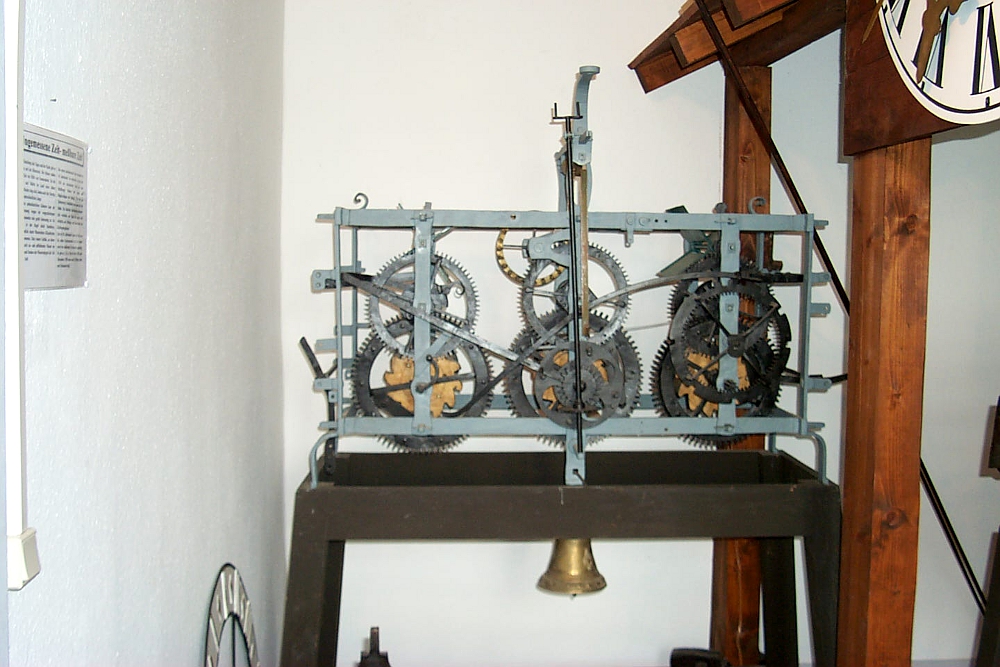 The clock tower ...or how time is measured: When you have a digital watch on your wrist you can hardly imagine what it was like for the rural population over the centuries who oriented themselves to the position of the sun or at least to the midday and evening church bells. Not until the 18th century was the odd church clock installed in the towers of larger rural parish churches. Watchmakers had been in Trier since the 18th century. In 1818 there were six watchmakers here. During the 19th century this profession shifted its reach to the surrounding areas too. In this way there has been a watchmaker in Welschbillig since 1828, and two watchmakers have been resident in Bitburg too since 1830. During the 19th century time became measurable objectively for the mass of the population .A day turned into one structured by the striking of the church clock instead of life in tune with nature and the times of the day.

One of the clockworks shown here was donated in 1887 by the widow Susanna Gensterblum from Wiltingen to the parish church in Könen, where she was known as a benefactress. The clock is at least partly constructed of industrially manufactured components. The second clock tower and the statue in front of it, in contrast, are pure forging work.