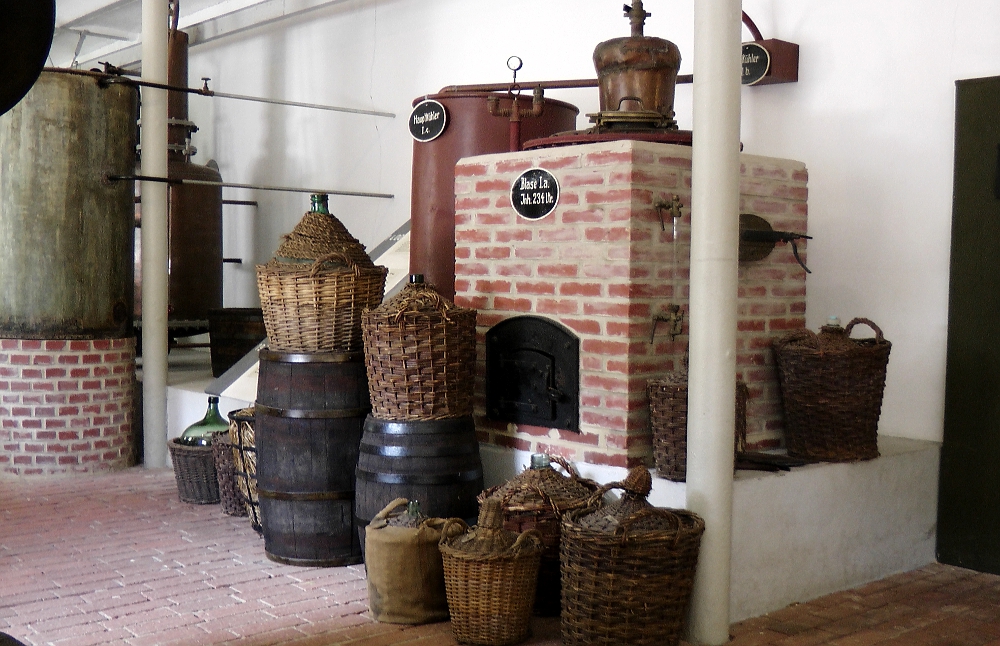 The production of Viez, the Moselle-Franconian name for cider, and fruit schnapps has long been tradition in the region.
The basis for this is an abundant supply of apples, pears, different species of plum and other choice kinds of fruit, particularly in the mild climate of the Moselle and Saar valleys. The Romans were the ones who brought the multitude of fruits from the south and naturalised them here. The art of distilling only became known in Central Europe during the Crusades. The Crusaders became familiar with it in the East, where the alcohol obtained produced was primarily used for medicinal purposes. The word alcohol is also from the Arabic and means "the essence of something". Not until the Thirty Years War did alcohol become used as an intoxicant however, and it caused many problems in hard times particularly in rural populations.

In the 19th century it was reported that in some places spirits were even drunk at breakfast. In the Hunsruck the phrase "De Branntwein schon getrunk' (spirits already drunk) even became a morning greeting. In certain formal situations, such as when servants entered into service, when asking for the hand of a girl in marriage or at wakes the can of schnapps was always to be found.

The illegal distilling of schnapps had been forbidden for reasons of health since before the French Revolution. Since 1922 the law ruling the "monopoly on spirits" has applied, according to which only the state or state-licensed distilleries are permitted to produce high-proof spirits. Nevertheless there have always been times when illegal distilling was widespread.