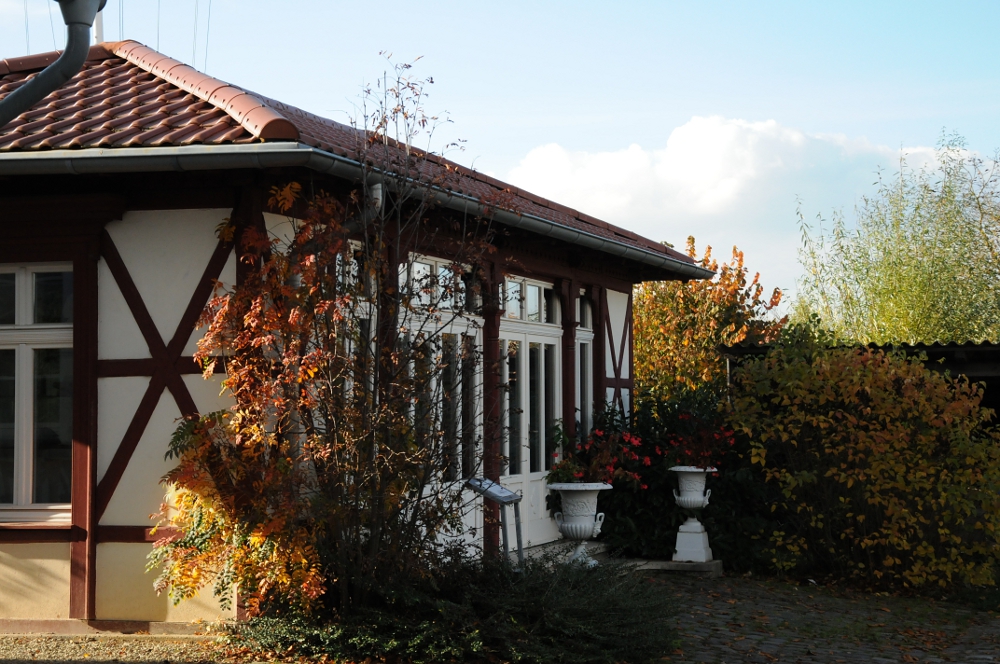 The rectangular half-timbered pavilion, which is under preservation order, is near the museum entrance. It was reconstructed during 2000 after being taken apart two years before in the Konz town centre.

It had been built onto the so-called Clambour House, which has now been demolished.

The one storey building dates to around 1880 and almost the entire length is glassed over. What strikes the visitor is the detailed construction of the roof truss which is open on the inside and the curved braces which rest on corbels. At the end of the 19th century buildings like this were prefabricated and could be made to order. The parts were delivered and then assembled by local carpenters.