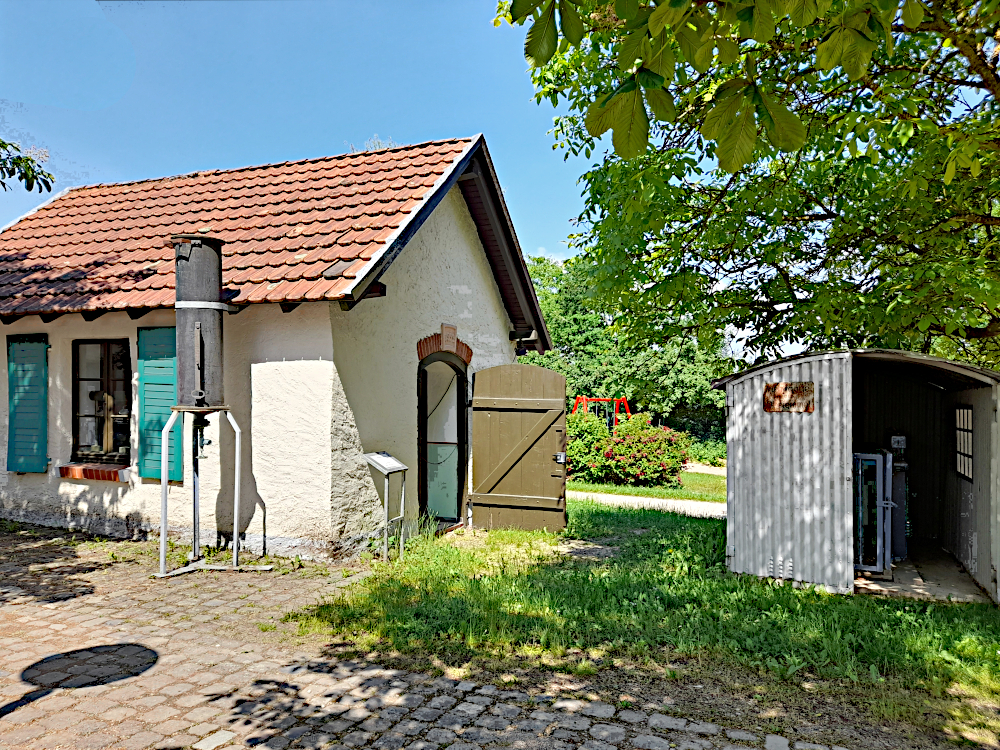 At the edge of the beer garden are two small houses that once served a similar purpose. Both served to weigh cattle and goods.


Today, the larger, brick-built cottage, which has been preserved in situ, contains an exhibition on the history of weighing and measuring. On display are letter scales, baby scales, scales for humans and animals, and gauges for various liquids. One learns how important it was for a court to determine the exact weight and volume of goods.

The much smaller house made of corrugated iron originally comes from Oberemmel and shows a cattle scale inside including a stylised wooden cow. 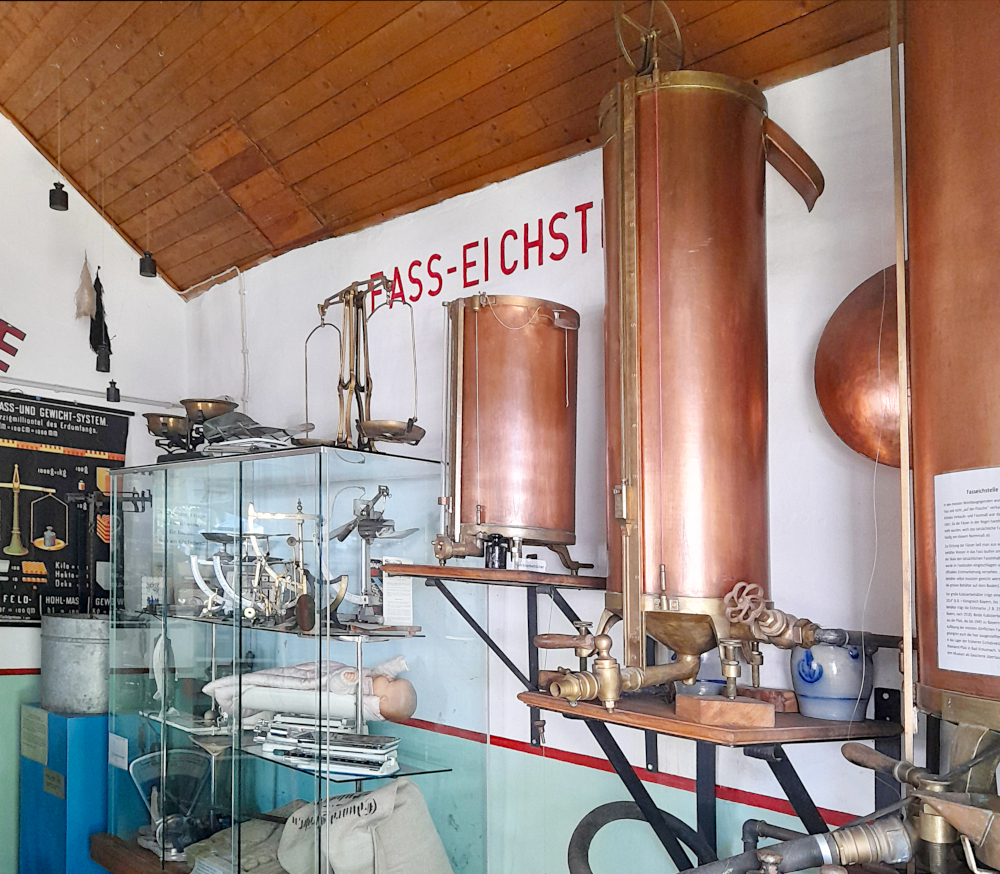