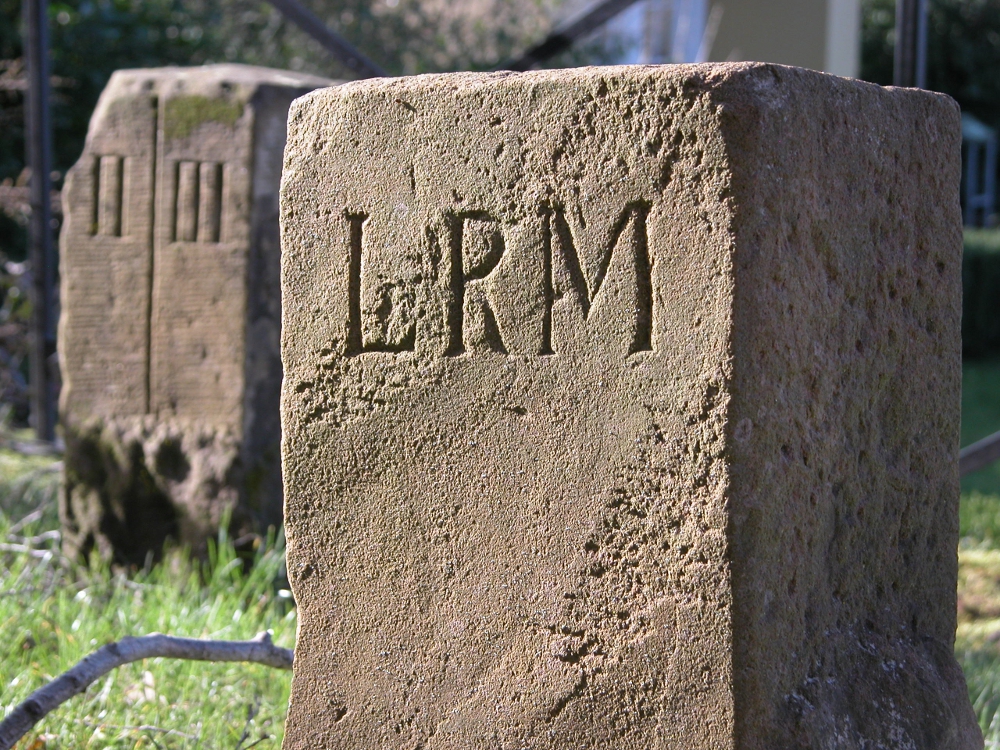 The original idea to search for stones like this came from Mr Karl Paulus who also provided extensive assistance in collecting them, and to whom I would like to extend a particularly warm welcome here. We are very grateful to him since he managed to discover a great many stones, established contact with the owners and even recovered some stones himself. I would therefore also like to ask him to talk to us about some of the interesting experiences he had discovering and recovering the stones.

I would particularly like to welcome the ladies and gentlemen from the forestry commissions who have supplied us with a whole series of stones and have assisted us in every way to recover them. Without their help the exhibition of boundary stones you now see would have ended up being far more modest.

We are very grateful too to Dr. Hans-Joachim Kann, to whom I would also like to extend a particularly warm welcome, as he gave us a lot of interesting stones which he had rescued as homeless stones and which would have vanished onto refuse dumps or elsewhere. He has already processed a series of boundary stones scientifically and has been as kind as to help us with further studies concerning our stones.

Boundary markers have existed in one form or other ever since man settled in one place; boundary stones in the narrower sense were introduced in the 15th century. In order to make it more difficult to move boundary stones, so-called "boundary witnesses" were buried under or next to the stones. Shards in a certain arrangement or clay tablets were used for this, sometimes also glass, bones etc. Details were only known to the so-called field jurors, and so if ever there was any doubt it was possible to establish whether a boundary stone was still in the right place. Moving the position of a boundary stone was punished severely as a particularly reprehensible offence. 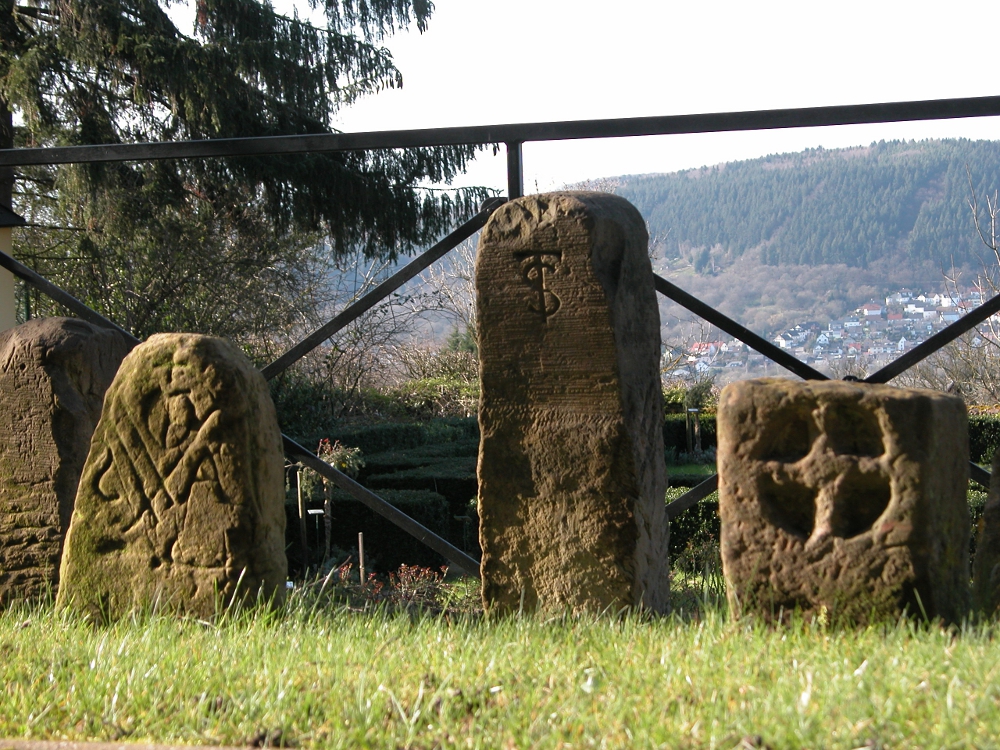 From time immemorial there were many customs which developed around the placement of boundary stones. In order to make sure the next generations remembered the position of the boundary stones, young people for instance were given apples or nuts as a present according to old legal rituals. In some places however they got a slap on the cheek so that they remembered it better, or their hair or ear was tugged.

Despite our endeavours to keep old customs alive here, as was mentioned at the outset, we have not however revived the latter mentioned customs when we positioned the stones, otherwise quite a fight would probably have broken out, considering the large number of stones here.