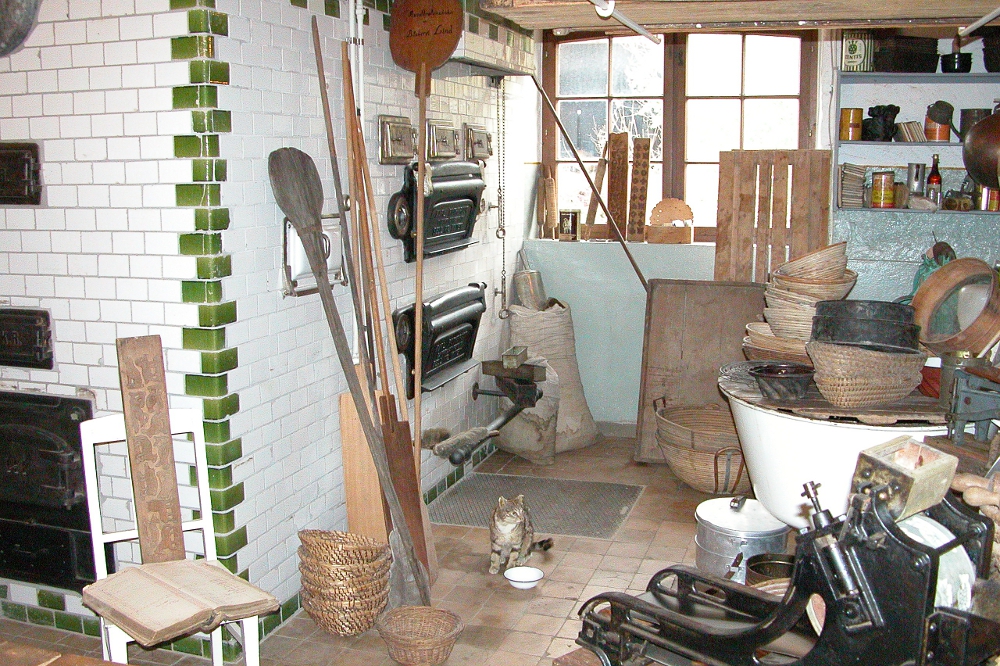 Gail bakehouse from Polch in Maifeld:At the end of the agricultural exhibition you will find in a separate room the former Gail bakehouse from Polch in Maifeld, which has been reconstructed as it was in the 1930s.
The master baker Wilhelm Gail had a new steam baking oven built at that time by the oven builders, Karl Rotbrust from nearby Bell, which had two superimposed baking levels and was laterally fired with coal. There was a reservoir on the oven for generating steam. In order to put the bread in the bottom oven the baker climbed into a closable pit in front of the oven opening.

The dough was kneaded by hand in the two wooden dough troughs, one of which dates from the turn of the century. In the early 1930s the big dough-kneading machine was bought and the dough divider near the window. Wilhelm Gail's son Rupert worked in the bakery until it closed in 1975.

The bakehouse from Polch is an eloquent example of a rural craftsman's business, which - first run on the side - flourished in the 1930s and provided a rural population with baked goods all their lives.