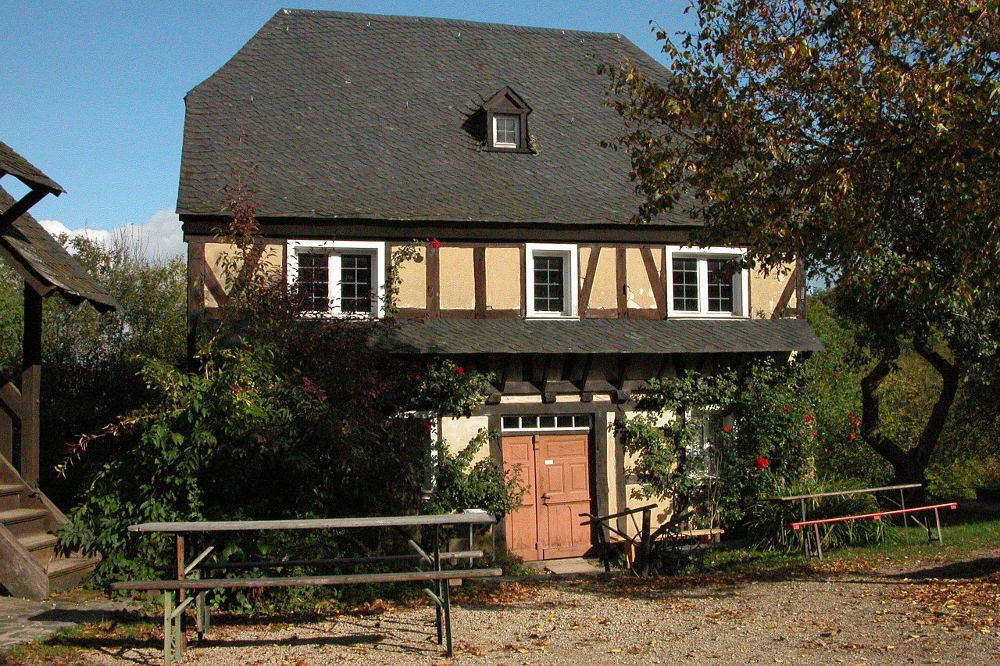 The Schug house from Roth or also "Schuche house", as it was called, is a half-timbered house with a floorplan two rooms deep. This means that between the entrance on the weather side and the opposite facing eaves there were two rooms. 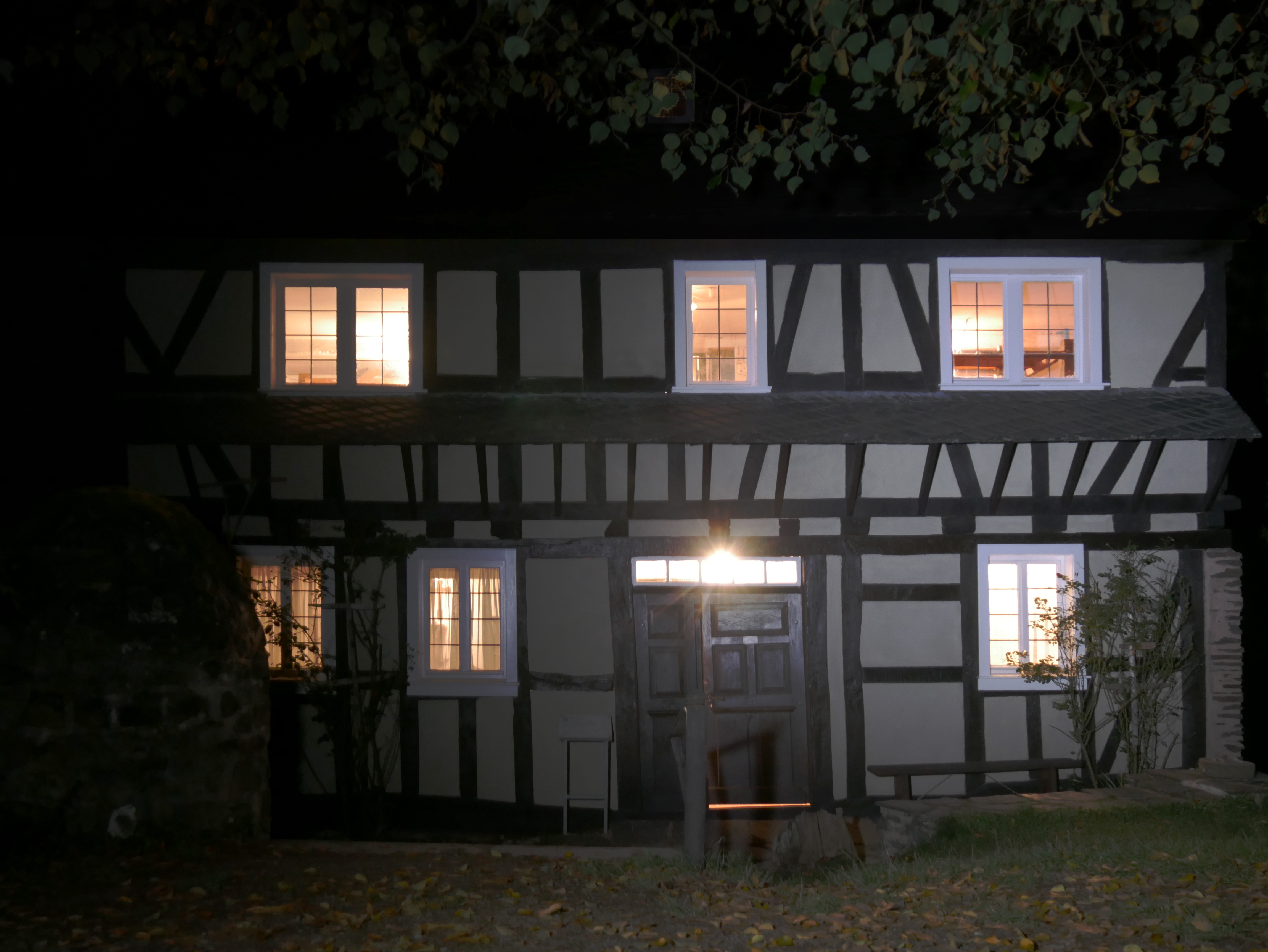 All the rooms with a specific function such as parlour, kitchen, weaving room and bedroom are on the ground floor. Houses like this have been typical for the eastern Hunsrück since the 18th century.