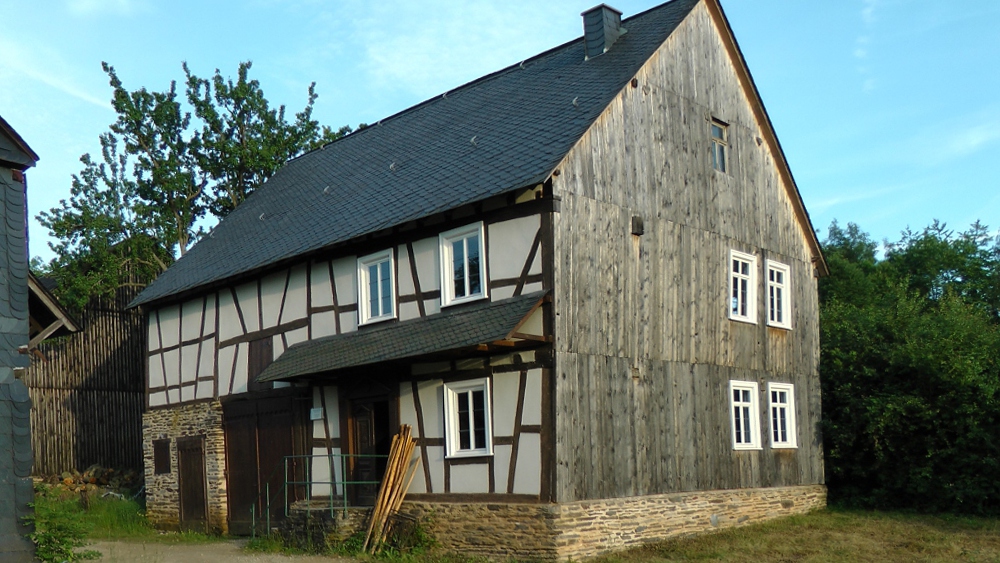 The former school house from Würrich was dismantled in Würrich (Rhine-Hunsrück district) by the museum staff and is currently being reconstructed in the museum's Hunsrück village. The roofing ceremony was celebrated on the 14th May 2000.Clambour Pavillon After that, the house was used for demonstrating half-timbered construction and for corresponding school class projects. The work on the upper floors, which was suitable for school classes, was carried out by museum staff and specialist firms in 2007, and the house was equipped and opened to the public in 2008. As there are no pictures or precise descriptions of the appearance of schoolrooms in the late 17th century, it was not possible to reconstruct a schoolroom from this period. There is an exhibition on the subject of schools in the basement, and on the upper floor there is an exhibition on the subject of "Preserving Food". 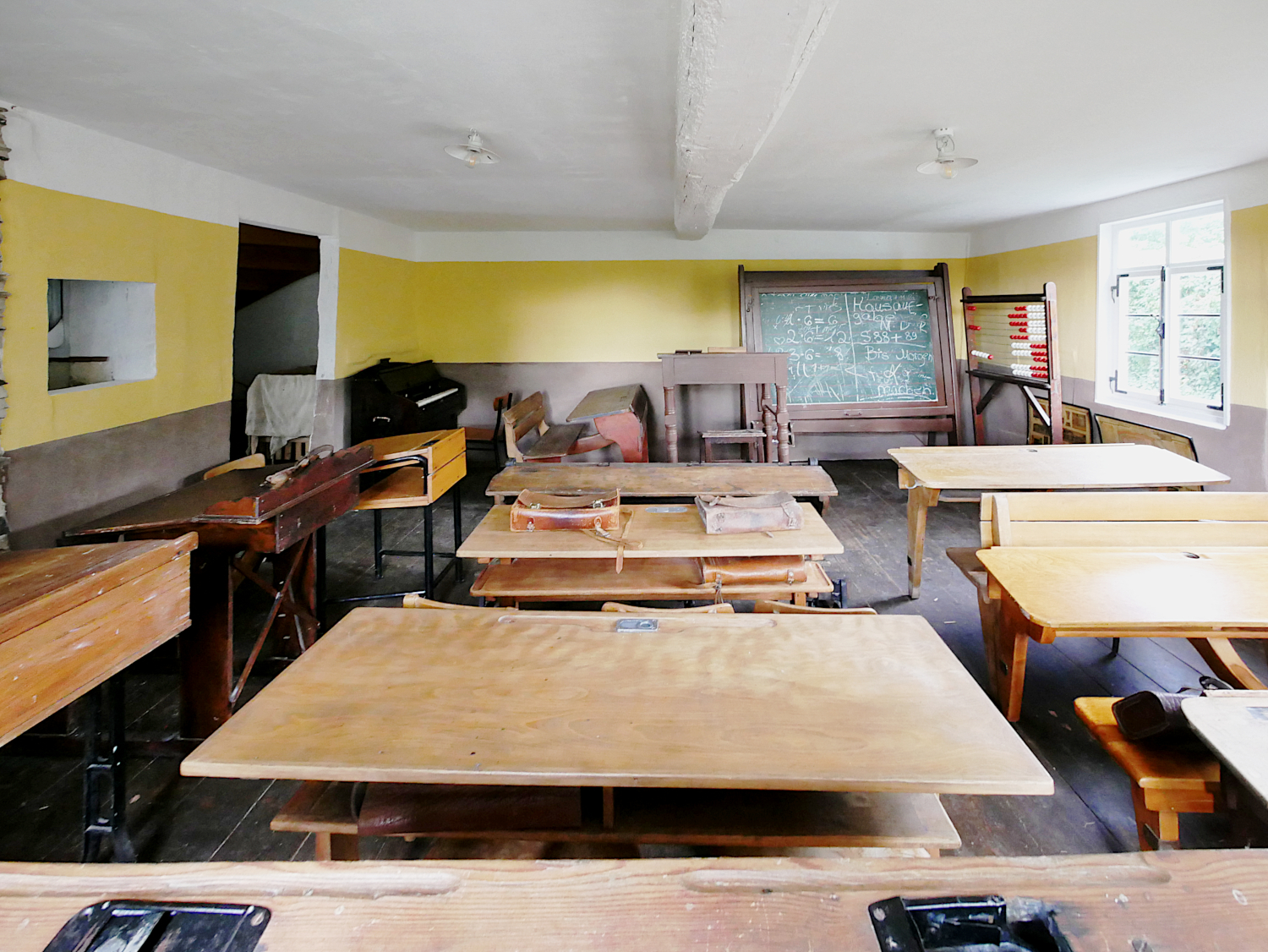 From the Belg and Würrich chronicles collated by Mr. Willy Wagner and published in 1996, it can be seen that there was probably a school in Würrich by around 1700. The date the school was founded is not certain but there is some indication: an arithmetic book from the 1830s which was written by a teacher from Würrich has been kept. Such a book would surely not have been written while a new school was starting up, so that there is reason to believe that the school had already been in existence for some time at this point. 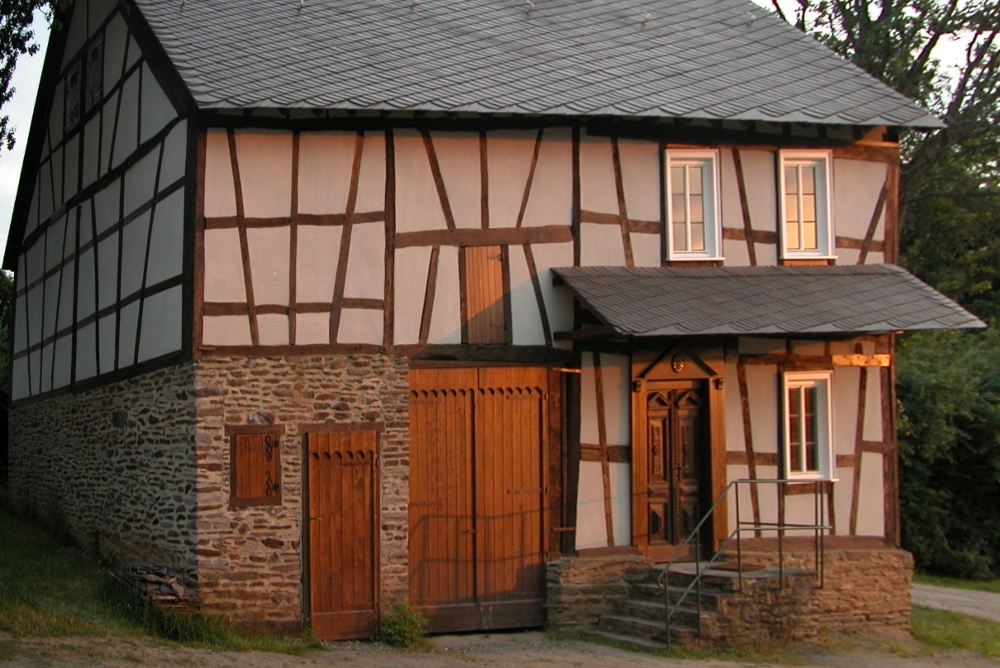 The building itself gives further clues. When the school house was dismantled some wood samples were taken by the tree ring chronology laboratory of Dr. Sibylle Bauer in Trier, and seven of these were analysed. They document three different stages in building the school house.

The oldest part of the house is the ground floor of the living quarters - the photo below shows the right-hand section of the building including the front door. The timber used was felled in the spring of 1680 and used while green, as was usual in those days. If one assumes that the building was planned as a school all along, then the date for the founding of the school can be put at some time in the 1680s. The school was originally a single-storey building, which was the teacher's house at the same time. As a rule there were no two-storey houses in the Hunsrück at this time. The floor plan is a little different to that which was common in the Vorderhunsrück. Whereas the passageway usually went to the kitchen, here it lead to the family parlour, which until 1840 also served as the classroom. In 1836 seventy children from the villages of Wurrich, Belg and Altlay were taught in a space just over 25 m2. The house underwent an extension to its current size in the 18th century as witnessed by the original entry in the land registry. 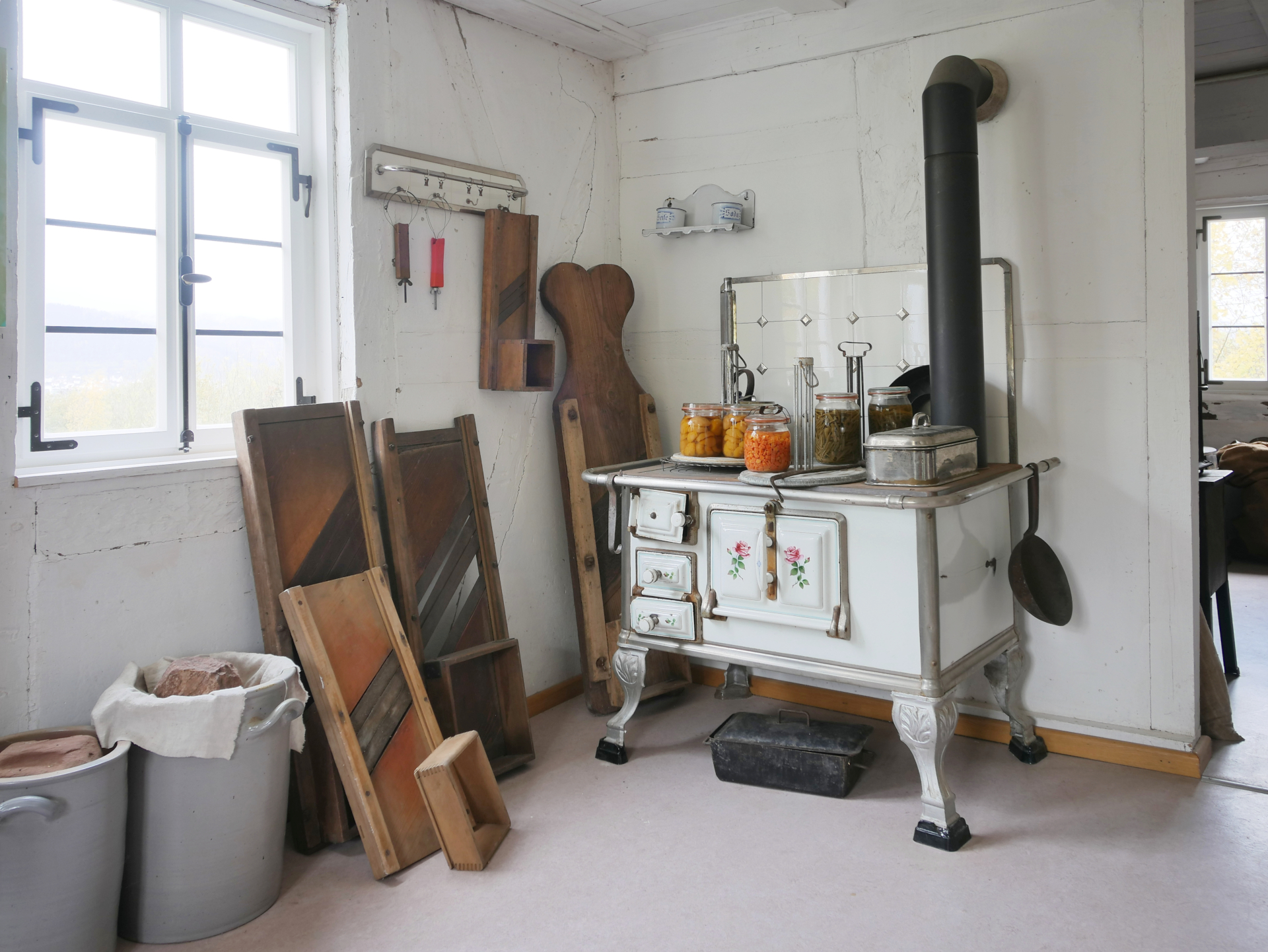 The analysis of the tree rings established that the timber used in the first floor of the house was felled in the winter of 1760 and was once again used while still fresh for building the following spring. The teacher's residence was expanded by rooms on the first floor and a granary under the roof; the house was also a farm building - the left-hand part of the building with the gate as seen in the photo below. Lessons were held in the teacher's parlour until the mid-19th century. Only when this was no longer practical due to the growing number of pupils - in 1840 the schoolmaster at the time reported that he had to teach 70 pupils in the one small room - was a new classroom built and the old school house was then only used as the teacher's residence. 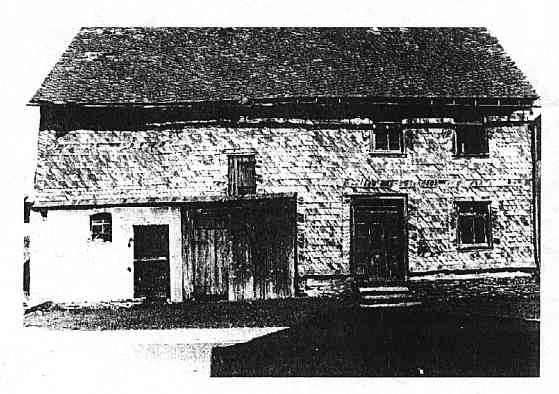 Tree ring analysis also documents a substantial renovation at this time: the timber for the quartered partition between the livestock shed and the barn was felled in 1860 after the vegetation phase and used for building in the spring of 1861. The state of the building was quite poor for some time as various documents going back to 1822 witness - the parish documents have been kept in the State Archives in Koblenz since this time. In the end the house was sold and was inhabited until about 1950. After this it was empty for over forty years.

The founder of our museum, Prof. Rolf Robischon, had already photographed it in 1977 and planned on moving it to the open air museum. The half-timbered house had been completed covered in slate at its last location. However in the museum the house was to be reconstructed so that it was as close as possible to the state it was in 1830. Whereas visitors can see a classroom in the exhibition in the main building of the Roscheider Hof as it was one hundred years ago, this school house from Würrich is supposed to convey an impression of how schools were run in our area more than 170 years ago. 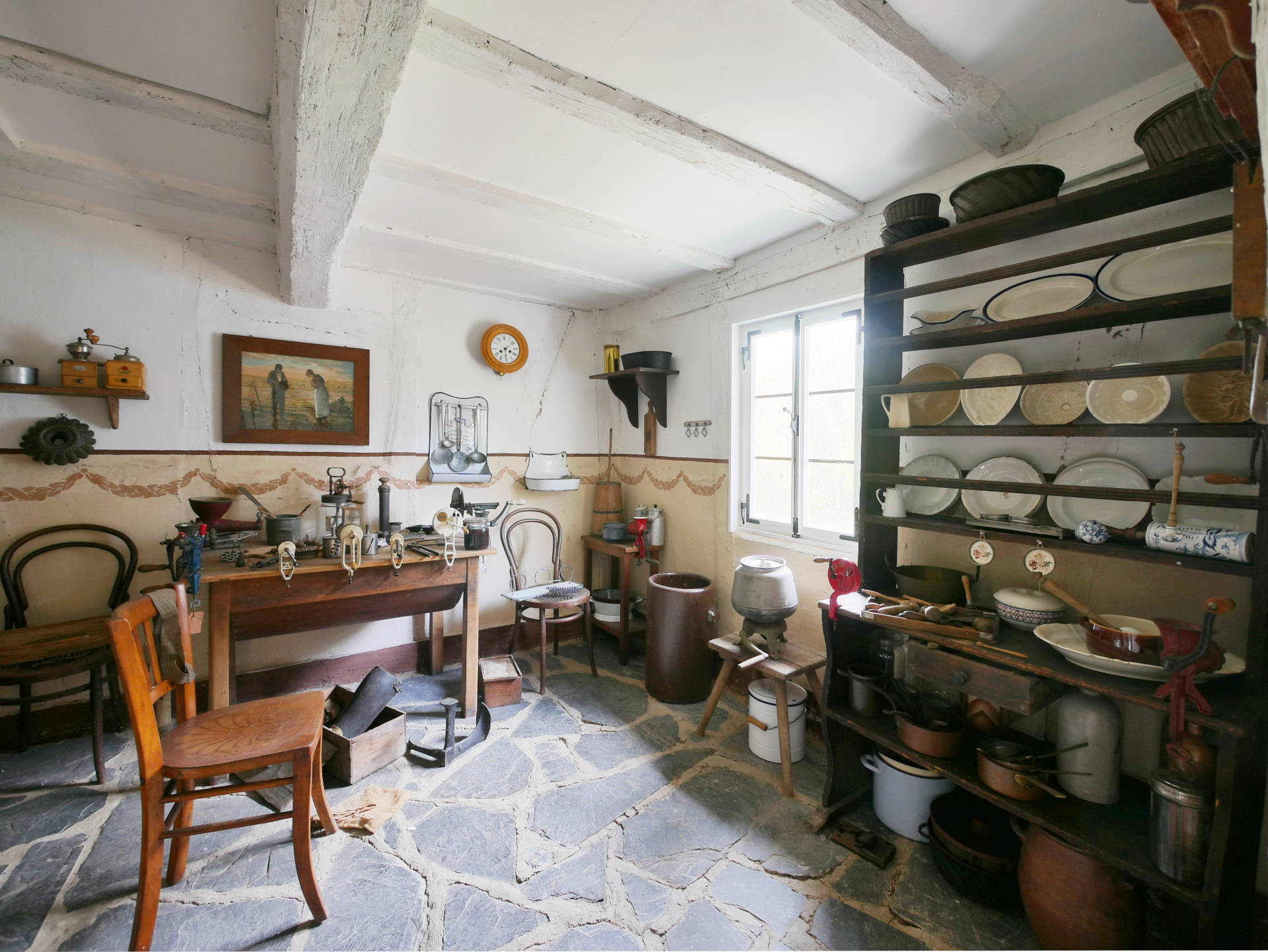 After that, the house was used to demonstrate half-timbered building and corresponding school projects. The tasks that were too dangerous for students were carried out by museum staff and by professionals in 2007. The building was furnished and opened to the public in 2008. As there are no pictures of class rooms in the late 17th century, we were unable to reconstruct one. In the basement there is an exhibition about school in general, upstairs there is an exhibition about the conservation of food.