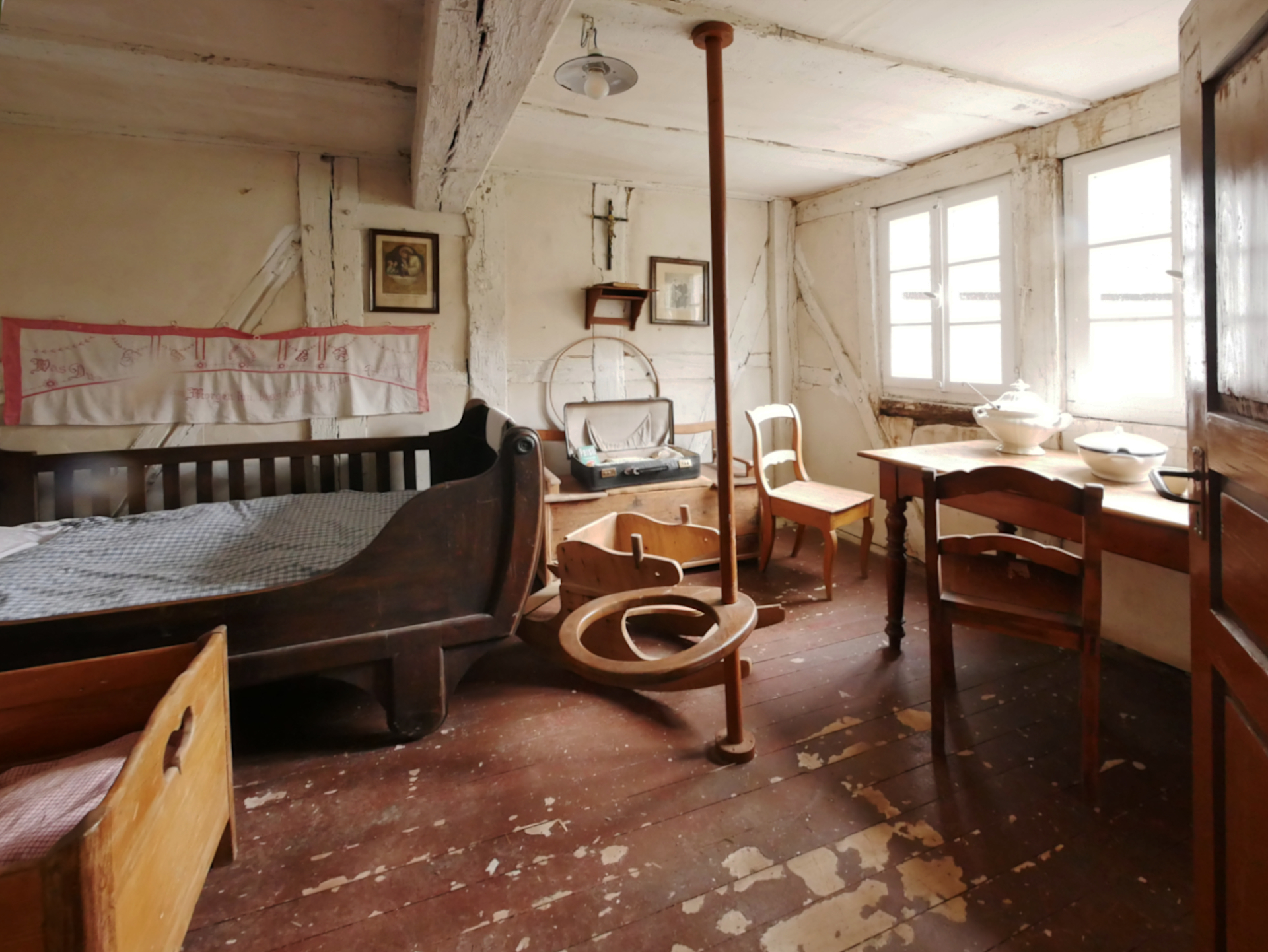 The simple half-timbered house was the swineherd's house in the parish of Lieg until 1845. The timbering was done completely with recovered timber. In 1857 it was sold to the tailor Johannes Nikolaus Wickert ("Kläsje"), whence the house name probably originates. In front of the house there is the manure heap with a pump for liquid manure. 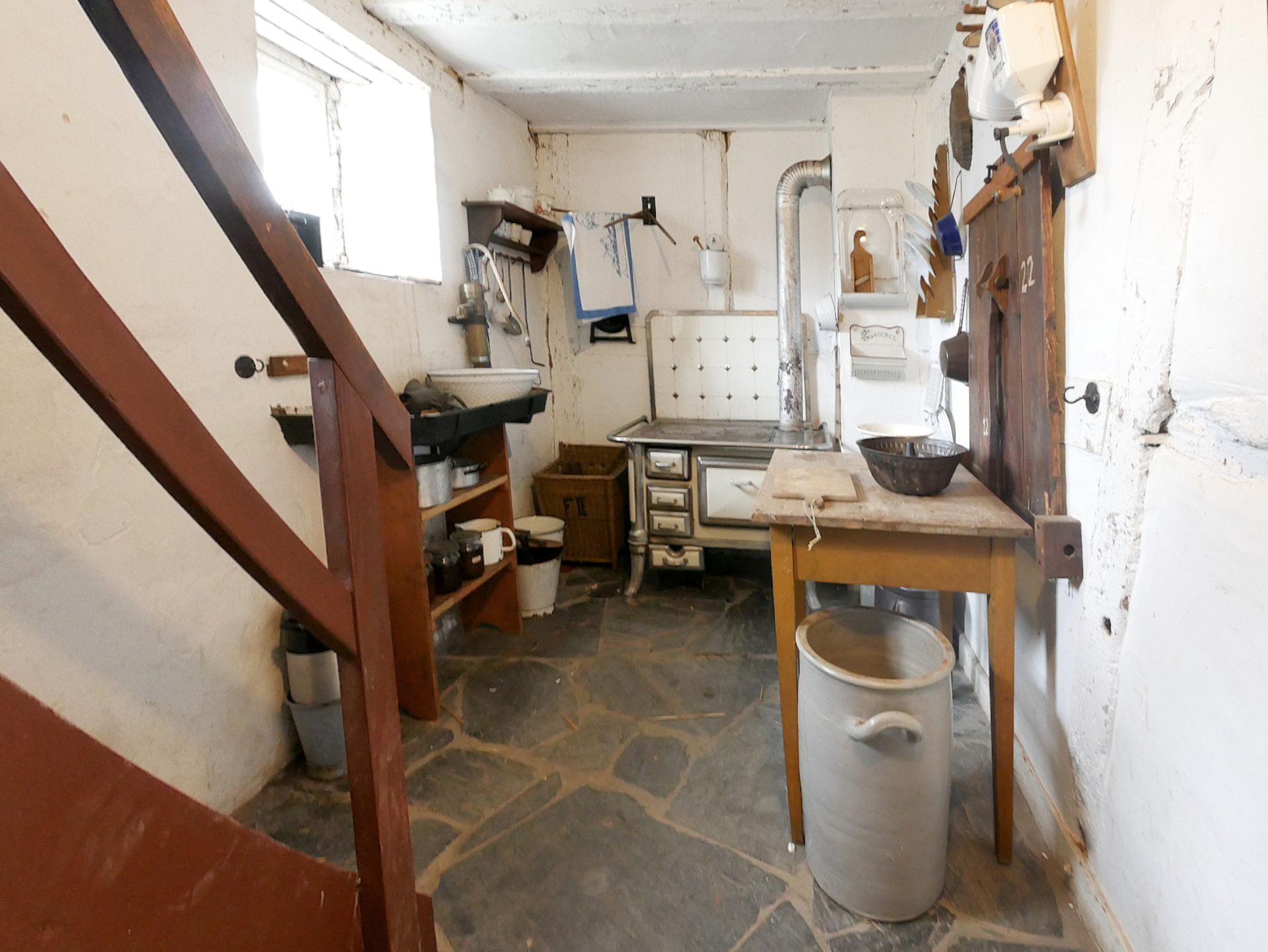 Upstairs there is a smoke chamber and the bedrooms for the parents and children. In the room for storing hay there is a workshop for making scythes. 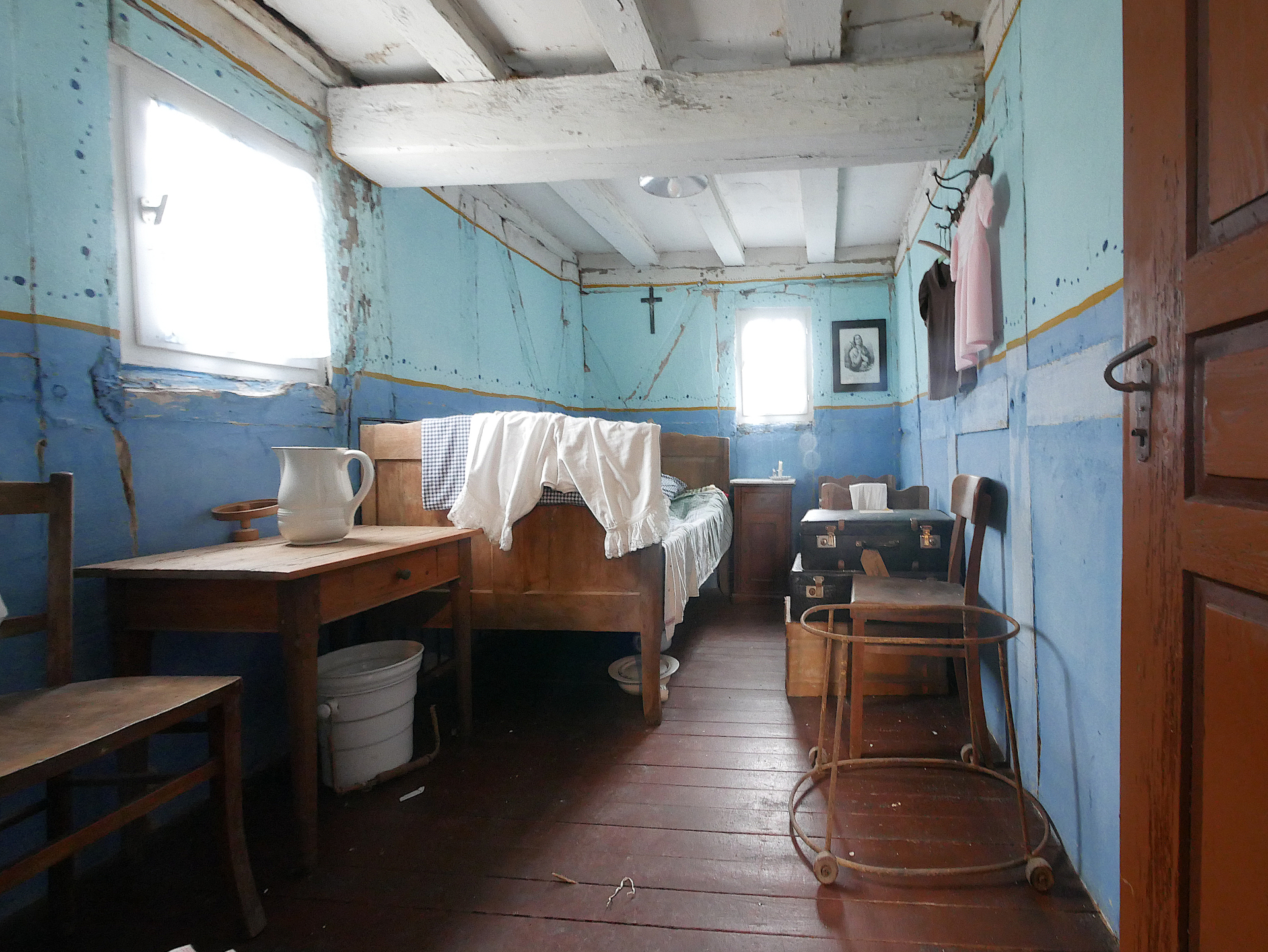