B5 The bake house 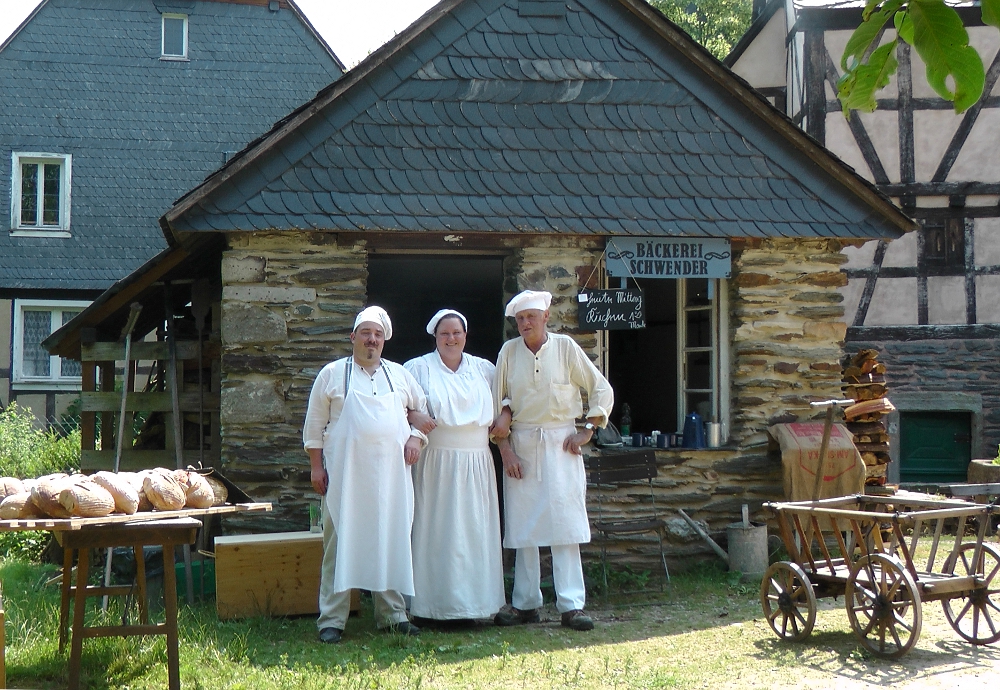 During the winter months of 1997/98 the bake house from Oberkleinich in the Bernkastel-Wittlich district was reconstructed in the open air museum. This is a small single storey house built with quarried slate.


The inside has only one room, a third of which is taken up by the oven at the back. Originally it belonged to five cooperative bakers, who built it themselves in 1932.

The new building became necessary after Adolf Weirich' s bake house in the neighbourhood was demolished. The latter built a new house in 1928 and the smoke from his old bake house constantly came in the first floor of the new house. When his neighbours declared themselves ready to participate in a new building, it was finally started in 1932. 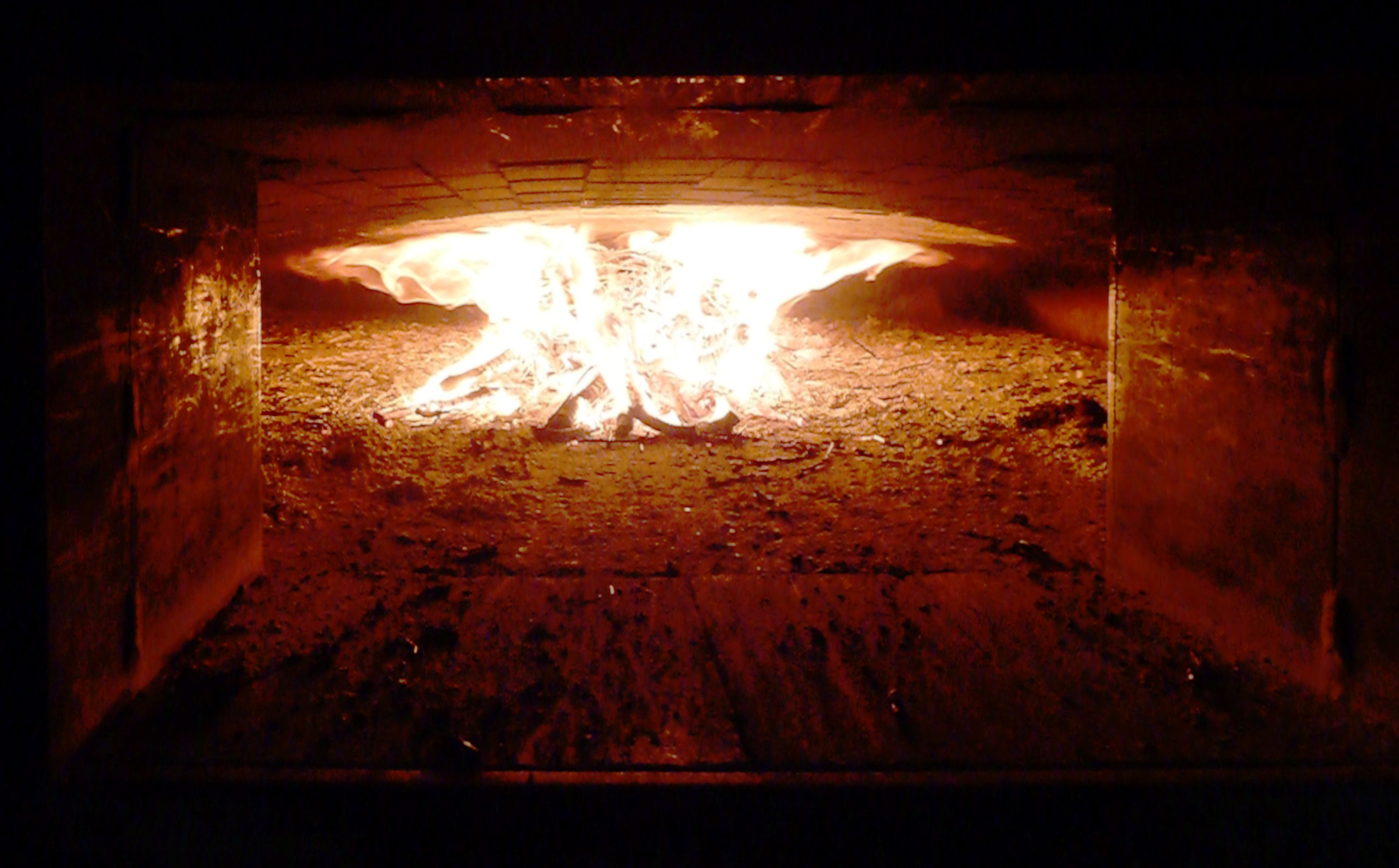 Whereas Adolf Weirich's motivation was for practical reasons, his neighbours' decision to take part is of interest, as it reflects the economical and cultural changes taking place in the Vorderhunsrück in the early 1930s. Edmund Meurer's example from Oberkleinich makes this very clear. As in most farmhouses there was still an open fire in his kitchen in the 1920s. At about this time brick lined pilot or cast iron stoves gradually started to become common. Whereas kitchens had previously been dark, sooty rooms, from which the smell of burning spread all over the house and caused a layer of soot over everything, smoke was now drawn through a stovepipe into the chimney and passed out over the roof. Baking bread still caused a lot of dirt, since in Kleinicher Kirchspiel the oven was often built onto the house, so that it could be filled from the kitchen. In order to finally make the kitchen into a smoke-free room, he decided to join the new baking cooperative. The old oven was taken out of service and finally demolished. 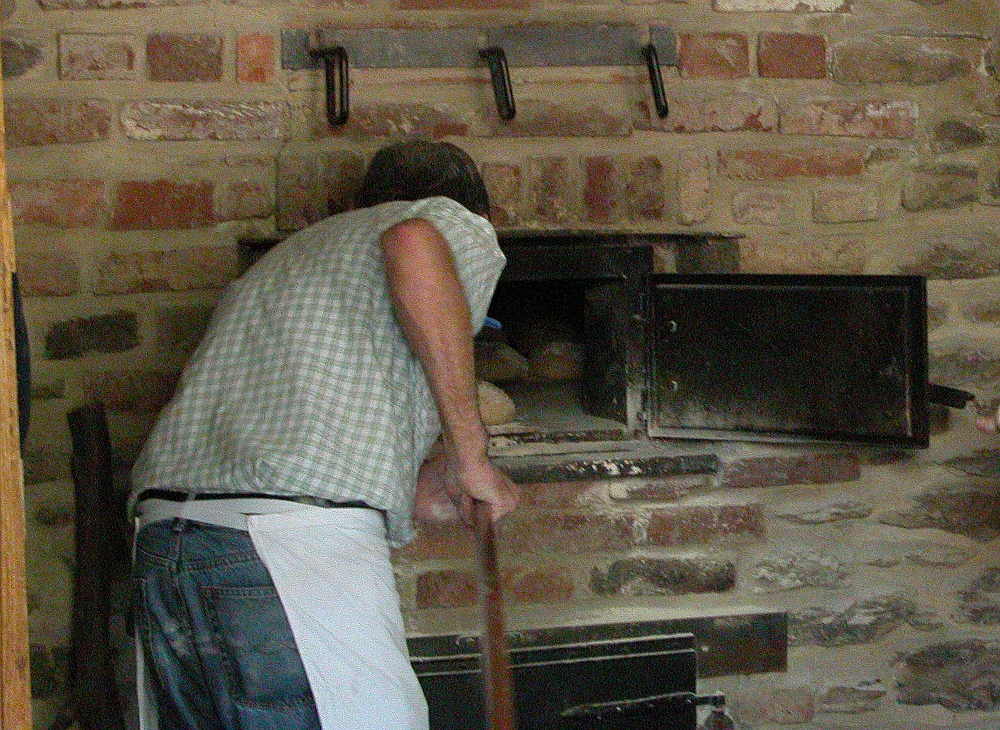 Only by banning smoke and fire from the kitchen, did it lose its character as just a room for work. It turned into a kitchen-cum-living room, which meant that the parlour could now become the living room. This change in the function of the rooms changed the very nature of the entire house and thus everyday life in it too. Living gained a new quality.


It is an irony of fate that this change took place at a time marked by high unemployment and hardship due to economic crises. It is noticeable that the building was not exactly built in a time of affluence. When it was dismantled it was discovered that not only were the furnace bricks from the demolished bake house used for the walls, but also that broken sandstone troughs and other waste stones were used. The oven wall is made from slate, partly from tiles and pumice stones. The heart of bake house, the oven, was still built by craftsmen at this time: by the oven builders, Edmund Frey from Bell in the Eifel. The oven in the museum was also built by a firm from Bell. The Hermann Heufft company, as the sole remaining firm from this oven building village, built the oven in May 1998, so that the bake house could be officially opened at the celebrations for the 25th anniversary of the museum in June 1998.