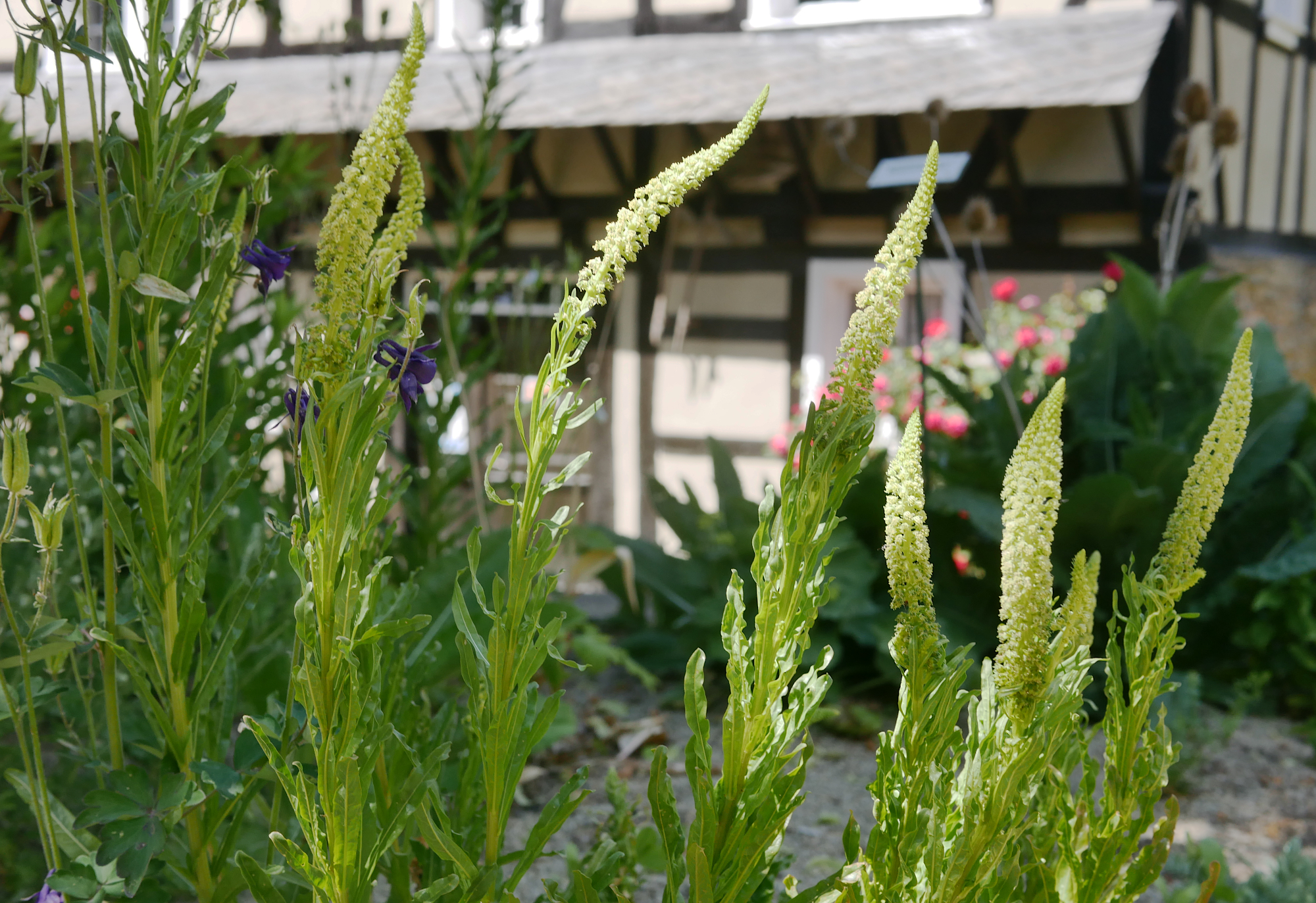 In spring 2021, a bed of dyer plants was planted in the garden in front of the barn. This is obvious because a dyer's cellar was already established in the cellar of the barn when it was relocated.

Since very small seedlings were also planted, the plants were marked with a stick to avoid being trampled and covered with leaves to protect them from evaporation. The fence temporarily serves as chicken protection, and finally another layer of mulch is added on top for weed suppression and further evaporation protection.