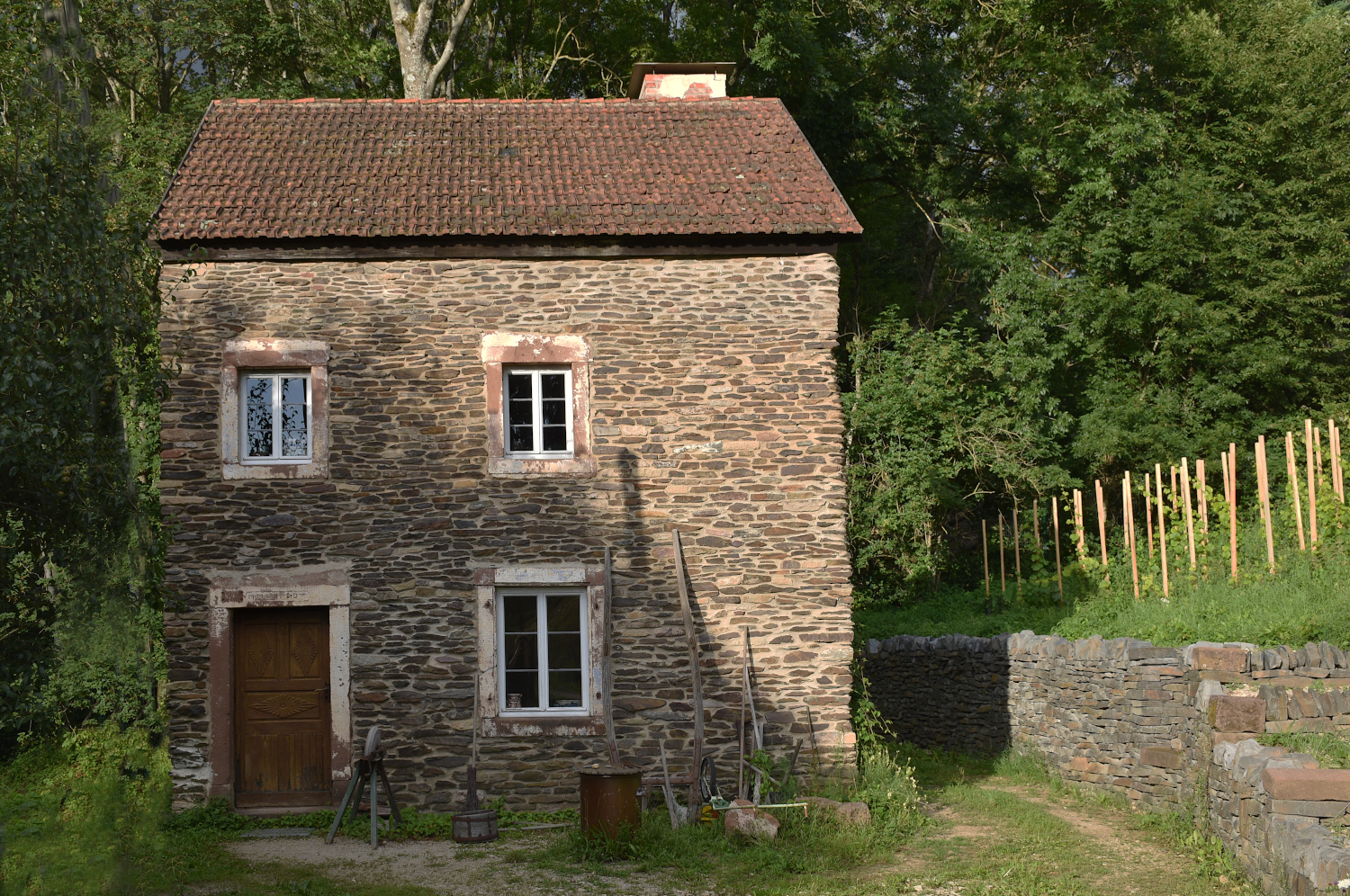 The house was originally located in Obermenning, about 5 kilometers beeline south of the museum in the so called „Konzer Tälchen“ In the masonry of the building the number 1834 was found, which probably hints at the the year of its construction. The owners of the house were Matthias Meyer and Barbara Dillinger, who got married in 1834. Matthias Meyer was a bricklayer by profession. The fact that he was a craftsman could explain the very small farm buildings that were used for the husbandry of just a few animals for home requirements. In Obermenning and Krettnach the house used to be called „Maouer“, so the name was derived from the profession of its owner (bricklayer = Maurer). In Niedermenning the name „Sähns“ (Stone) was used. The last owner of the house was Maria Kugel, who is registered in the land register of 1882. After her death the house was unoccupied for over 100 years and was used as a storage shed. The house was not electrified at its original location, as it was no longer occupied by the time of the electrification of Konz and its surroundings in 1906.

Thanks to the fact that the house was unoccupied for 100 years, the building is preserved nearly unchanged in its original state. The house has two rooms. In the kitchen there is an open fireplace, that was originally combined with a „Takenheizungsanlage“. Takenheizungsanlage: A heating system, that led the heat of the fire into the living room through a cast-iron plate (Takenplatte) and could be regulated on the other side by opening and closing the doors of a cupboard (Takenschrank). After the removal of the „Takenplatte“, the hole was bricked up and the lower part of the „Takenschrank“ in the living room was sawed off. Subsequently, the house was heated with single furnaces. In the back of the kitchen there is a small oven. A building extension, that was most likely built 30-40 years later and is registered as a farm building in the land register of 1882 extends the house, adding a third room.

The transfer to the open-air museum
The house was measured in the spring 2003, then all the details were photographed and finally it was dismantled at its original location. The stones and all usable original components were brought to the museum and were stored there. From fall 2010 until spring 2011 the house was reconstructed by two specialized polish builders. Today there is an exhibition of tools for different crafts like baker, cooper and painter on the ground floor. The upper floor is furnished as an apartment in the style of the inter-war period. 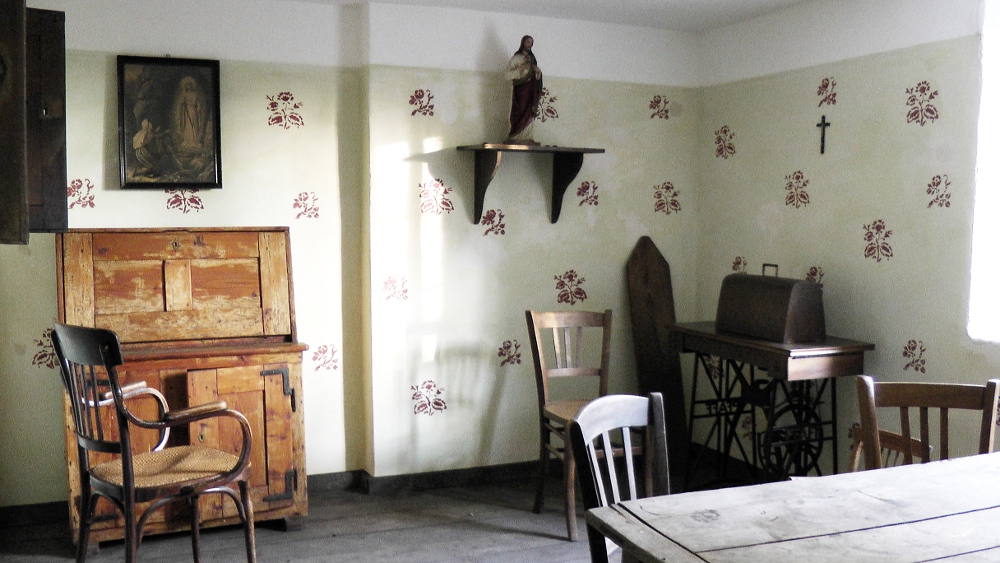