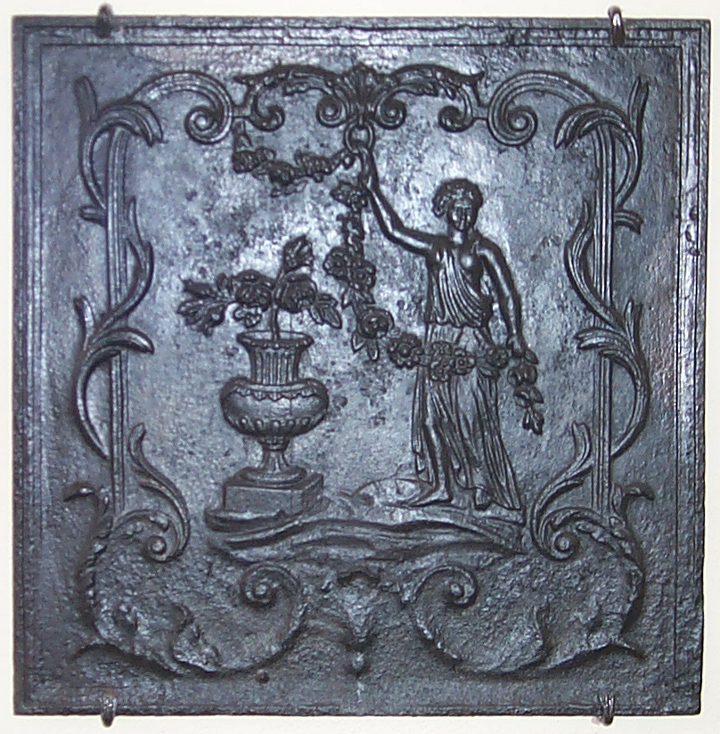 You will find the exhibition of "Oven and chimney plates" in the former horse stablestable of the Roscheider Hof.

Chimney plates are cast iron plates which used to be set into the walls of the recess in the firewall between the kitchen and the parlour. They absorbed the heat from the fire and passed it into the parlour.

Oven plates are similar in design and manufacture to chimney plates but have flaps at the edges which make it possible to set the backs of the plates, together forming a five-plate oven, into the wall. Both oven and chimney plates usually have images on them, showing biblical or heraldic motives up to times of the French Revolution and after that also mythological or allegorical illustrations. The widespread use of biblical motives in farmhouses leads one to believe that the oven plates also served as a picture bible to "warm" people who could neither read nor write with stories from the bible.

The phenomenon of "oven" heating is limited to a narrow, geographical area. Oven plates were only produced in iron mills in the east of Belgium, Lorraine, Luxembourg, the Eifel, the Hunsruck and what is today Saarland. The oldest known plates date from the late 1500s – a time from which nothing is left over from rural culture.

The exhibition tells us about the language of the images on these plates, but is mainly concerned with their production, their market and their function. The way the five-plate oven worked and the introduction of the coffer and ring ovens in the 19th century are also shown.