The history of laundry 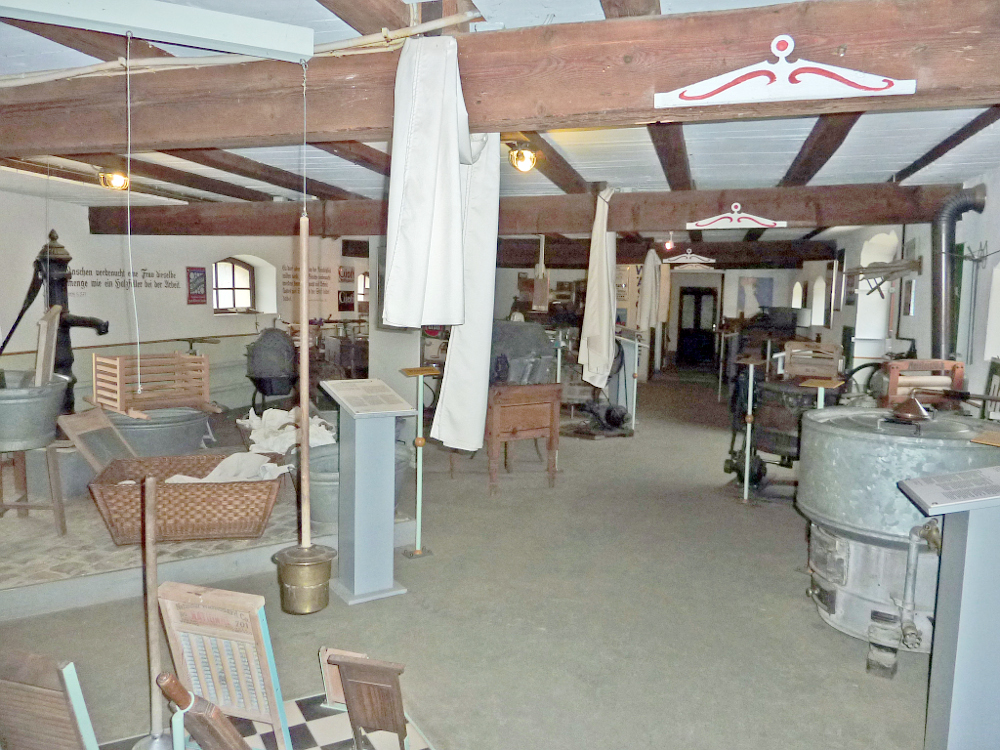 In order to be a judge of what a woman's job of laundry involved, you have to imagine the individual stages of a washday, as was the practice right up until the 1950s. Whereas on farms washing with wood ash, rinsing in running waters and bleaching on the fields were still usual, in towns and in the middle classes there remained only the laundry room and the washing line outside the house.

Right up until the 1950s the white wash was then placed on the mown grass to bleach. Industry had already understood before the First World War how to make time-consuming bleaching a thing of the past by inventing laundry blue, a powder based on indigo. This gave the white laundry a blue shimmer, which made the long bleaching process unnecessary.

Much time and energy were required on the old washday and it took far longer than today for the laundry to be laying clean in the cupboard. For this reason the white wash was generally only done twice a year. For one reason there was far more important work to do in the summer. Another reason was the mild days of spring and summer were used for a "general cleaning". The months between the two laundry days were tided over with supplies from the "laundry cupboard". This explains the large number of shirts and bedclothes contained in a proper dowry. The coloured was cleaned every four weeks as described above - not least because there was not so much of it.

If there was a stream or river near, this made rinsing the laundry much easier. The washerwomen rub the laundry and keep brushing it out in the running water.

The mechanisation of laundry can be demonstrated very well using the Miele washing machine from 1913. This concerned an agitator washing machine developed as early as the 19th century. It consisted of a wooden tub, in the centre of which were four very mobile, wooden agitator blades. Originally the agitator blades could be turned with the aid of a bar so that the washing was stirred in the soapsuds. From about 1910, when more and more rural villages had electricity, the machine also had an electric motor.